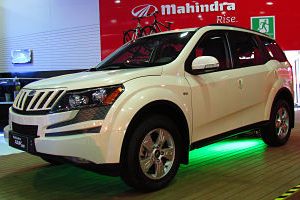 India’s light vehicle sales have rebounded, following a big drop in June ahead of the implementation of the Goods and Services Tax (GST) on July 1st.

Based on wholesale transactions, official Indian sales surged by 16% year-on-year in July to 334,000 units, as dealerships replenished their inventories.

The GST is a value-added tax (VAT) that has replaced other indirect taxes levied on goods and services by the Indian Central and state governments. The bill required to introduce it was finally approved in August last year by the lower house of the Indian parliament after discussions lasting at least a decade.

According to LMC Automotive, passenger vehicle sales in July climbed by 16% from a year earlier to 282,000 units, while demand for light commercial vehicles was up 17% to 52,000 units.

Initial numbers for August show this trend has continued, with major players including Mahindra, Maruti Suzuki and Tata Motors reporting year-on-year local gains of 7%, 26% and 10% respectively in the month.

Meanwhile, in a recent speech, India’s finance minister Arun Jaitley said more taxes had been received under the new system than expected, adding that the new system “checks evasion and brings in non-filers”.

The pre-GST vehicle sales slump was the result of both OEMs and dealers trying to liquidate stocks and reduce deliveries to avoid any increases in inventory until the GST came in, according to Puneet Gupta, South Asia manager for vehicle sales forecasts at consultancy, IHS Markit.

He said the key short-term concerns for the GST implementation included inflation risks and a temporary slowdown in consumption growth, if tax increases were passed down to consumers at a faster rate than tax reductions.

“However In the mid-term, key structural changes like the implementation of the GST in the coming years will eliminate the cascading effect of taxes and change the way business is done in India,” added Gupta.

IHS Markit analysis of the new system shows the biggest potential benefits for electric cars, where there is a 10 percentage point tax difference versus the old system, as well as on SUVs. The biggest losers from GST implementation are hybrid vehicles, where most existing benefits have been withdrawn, according to Gupta.

LMC’s analysis suggests that while wholesale sales grew strongly in July, retail sales may have stayed weak as a result of many buyers taking advantage of heavily discounted vehicles in June.

“At the same time, other buyers may be waiting to assess the full impact of the GST on their businesses and living costs before committing to any big-ticket purchases,” added LMC in a note.

Proposed cess increaseThe Indian government seems to be attempting to balance out the resulting decrease in prices for larger vehicles such as SUVs, however; it has just announced proposals to increase the cess tax (a surcharge applying to the GST calculated) to 25% from 15% on such vehicles – with the final rate and implementation date expected to be confirmed imminently.

“When the new cess rate comes into effect, we expect OEMs to pass on the increase to buyers, pushing up the price of vehicles like the Suzuki Ciaz, Honda City and Hyundai Creta by a considerable margin,” said LMC.

“As a major player in the SUV segment, Mahindra & Mahindra is likely to be particularly hard hit by the higher tax rate, while almost every premium vehicle in the market will become dearer.”