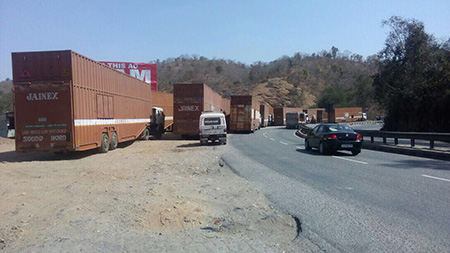 India’s Car Carrier Association has lodged a petition of complaint with the high court in Jaipur over the way new truck regulations are being enforced in Rajasthan.

The problems relate to the enforcement of the Central Motor Vehicle Rules (CMVR) regulation that was introduced in October 2016 with the support of the CCA, which represents 95% of the 15,000-plus car transporter fleet in the country. The CMVR rule established a new maximum length for car transporter trailers of 18.75 metres, along with other rules requiring the use of speed limiters and inspection windows on covered transport.

According to the CCA’s petition, officials from the Rajasthan Department of Transport “have been acting in a mala fide, arbitrary and coercive manner, contrary to law", in penalising every car carrier passing through Rajasthan to the tune of 5,000 rupees ($80) per trip without specifying any actual violation on the receipts for such penalties. Any refusal to pay results in detention of the vehicle, it has said.

According to CCA president Vipul Nanda, the association’s members are complying with all the new rules.

“We incurred a substantial cost in reducing the length of the vehicles to comply with this law,” he said. "We are a law-abiding business community. In spite of fulfilling all legal formalities, why this harassment?"

The amendment to the CMVR regulation was made with the aim of putting an end to the harassment drivers were previously suffering on India’s highways, said Rajendra Singh, chief of the southern chapter of the CCA, based in Chennai.

The CCA’s petition to the high court said it had been left with no alternative but to seek legal remedy, given the silence of transport department officials in the Rajasthan government over the matter.

In its petition to the high court, the CCA has called for the elimination of forged penalty receipts through the use of receipts with unique barcodes and the payment of penalties through point-of-sale machines at checkpoints. It has also called for a departmental enquiry into the issuing of receipts that do not specify any violation.

A hearing on the matter has been set for January 15th.

The northern state of Rajasthan is pivotal to the transport of finished vehicles across the country. They have to cross 11,700 km via its 38 national highways and 85 state highways, which link various important cities there. Trucks also have to pass through Rajasthan to get to other Indian states including Gujarat, Maharashtra, Madhya Pradesh, Punjab, Haryana and Uttar Pradesh.