India’s 'fourth industrial revolution' will be a gradual one

Carmakers in the developed world are embracing what has been called the fourth industrial revolution, or Industry 4.0. They are using the latest technology to reorganise their manufacturing and supply chains according to so called ‘cyber-physical production systems’ in the pursuit of the ‘smart factory’. 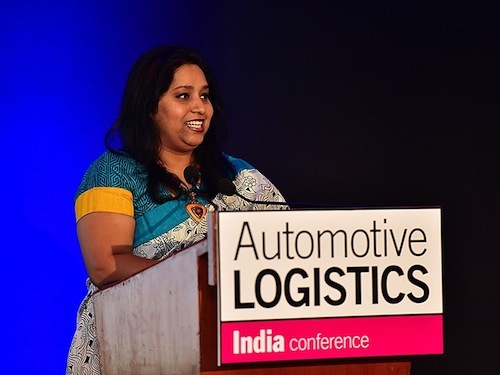 India is making its own moves in that direction, with a number of government initiatives supporting the transition of the country’s car industry, and helping it to embrace the latest concepts of Big Data and the Internet of Things. However, India has its own business and cultural customs, and it tends not to follow the rules, according to Shilpashree M, head of communications at Renault Nissan India.

Speaking at last week’s Automotive Logistics India conference in Delhi, Shilpashree admitted the country was not fully geared up to analyse the existing problems in the manufacturing sector and address their root causes. She said the quality of engineering graduates needs to be higher and repeated the point made by a number of speakers at the conference: that India’s essential infrastructure remains inadequate to meet the demands of a growing automotive industry. There needs to be some drastic improvement as the country is set to be among the top three car making nations by 2020.

Analysing the causes of existing problems is where Big Data comes in. It can help to manage the huge amounts of information available, improve delivery tracking, and make better use of resources. Big Data can also help to get to the root causes of the problems that Shilpashree said needed addressing, but the data has to be used correctly.

“Event information can be distributed within the supply chain [with Big Data] but transparency is not enough,” warned Rajiv Bajaj, vice-president and partner at the Nomura Research Institute. “The right conclusions have to be drawn at the right moments.”

And that requires the right people. India needs a skilled workforce to know how to gather the mass of data, ensure it is reliable, and understand how to make the best use of it. The manufacturing sector needs the right skill-sets across the business and needs to foster innovation. Unfortunately, those skills are in short supply according to Gopal R, vice-president of supply chain and logistics transformation practice at analyst firm Frost and Sullivan. The shortage of skills in data analytics is acute, he said, and India ranks 131 on the ICT Development Index of Asian economies.

“For Big Data to be most effective, the integration of all existing data sources and operational procedures of a company is required,” Gopel said. “This entails the coordination of legacy systems, many of which utilise independent systems and data sources, thereby creating ‘information silos’.” This is a risk in India at the moment, due to the reluctance for change, and the belief that ‘if it’s not broken, why fix it?’

Renault Nissan is not of that school of thought and sees the latest supply chain and information technology as something that can be used to its advantage in production, and for its customers. The company holds up the four-stage model for continuous improvement known as PDCA (plan-do-check-act) to ensure that customer concerns are communicated back to the factory.

Renault Nissan’s plant in Chennai has an annual manufacturing capacity of 480,000 (currently running at 60% of that) but has a low automation level compared to its plants in other parts of the world. It does not use automated guided vehicles (AGVs) to move parts on site, there is no automated palletisation in the stamping division, and only 17% of the spot welding is done by machine.

Shilpashree advised that companies should not go “over the top” when it comes to automation, including the greater use of expensive robots, because labour costs are very competitive and a selling point for companies wanting to make cars in the country. Those labour costs are not going to remain low, of course, and wages are already rising, but Shilpashree’s advice was to automate gradually over the long term if there is a need to offset labour cost inflation.

“We are in a transition stage,” she said. “It may take a decade or at least six to eight years.”

What carmakers should be addressing more quickly, however, is the strategy of building to order, which would reduce heavy inventory handling costs. “In India that will take some time, but it is an ideal and will save us a lot in the supply chain,” said Shilpashree.