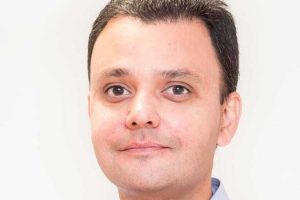 Two separate regulatory changes are set to impact on logistics business for transport providers and their customers in India.

The first – a change to the maximum length of road trailers – is designed to improve safety on the country’s roads, while the second – the introduction of a nationwide Goods and Services Tax (GST) – has the potential to re-shape the whole supply chain business.

Prompted by a high number of accidents, April 2017 will see the maximum permitted length of road trailers fall from 22 metres to 18.75 metres. Until now, transporters have benefitted from being able to achieve greater load capacity from longer vehicles. In addition to improving road safety, the new law is expected to result in efficiencies for shippers of cars and agricultural equipment in terms of improved mileage and lower incidental costs. However, faced with a reduction in carrying capacity per trailer, truck operators have already begun adding a premium of 15-20% to the cost of road freight.

This increase is likely to provide a boost to alternative modes of transport, though the impact will be uneven since India still faces challenges to the speed of development of its infrastructure and these will take some time to overcome.

Rail has previously struggled to compete with road freight – currently, less than 5% of finished vehicles move by this mode – but private rail providers have invested money with a view to growing market share and with road rates now increasing, rail has a chance to improve its position – potentially by as much as 10-15% over the next few years.

The change might also boost coastal shipping, which has lagged behind road and rail up to now. Efforts by India’s Shipping Ministry to promote coastal shipping by reducing port and wharfage tariffs and streamlining regulations and taxation could make it more cost-effective.

At present, however, the conditions are still not in place for a sustainable coastal ro-ro service. Recent attempts to introduce such services have been unsuccessful and it is clear that long-term volume commitment from OEMs is required for this mode to become more competitive.

The immediate beneficiary of the change, therefore, looks likely to be rail, thanks to the competitive and operational demands of the OEMs. But even here, there are potential constraints.

Unlike the point-to-point, single handling involved in road transport, rail inevitably means multiple handling, storage and transhipment issues. OEMS, therefore, may be unwilling to sacrifice the convenience of road transport even if costs are marginally higher.

• India’s macro-economic environment is expected to benefit from the growth of the middle classes there, with GDP development expected to increase steadily going forward.

• A number of established OEMs already use India as a production hub including Ford, Hyundai, Renault Nissan, Suzuki, GM and VW.

• The planned introduction of the goods and services tax (GST) may finally help revive investment, which continues to weigh on growth.

At an average distance of 300km a day by truck, the route from Chennai to Delhi can be accomplished in about eight days by road. Rail would be quicker, with fewer stops involved, but the double handling required at both ends would have an impact on cost.

By this measure, shipping will remain uncompetitive because it would add at least 30-40% to lead times, taking about 12 days for shipments to travel from south to north.

Logistics providers such as WWL will continue to work towards making coastal shipping a realistic and sustainable solution for customers, however. Its distinct advantage over surface transport is the fixed sailing schedule, which makes the supply chain highly predictable, even if the lead time is a little longer – and this is particularly useful during peak times such as festival periods, when road transport capacity can be stretched.

Taxing timesBoth rail and shipping could be about to receive a further boost from changes to the country’s tax system with the introduction of the new GST, however.

Under the current tax structure, as soon as a car or other equipment is dispatched from a factory gate, it is owned by the dealer, with taxation levied at the point of manufacture, rather than the point of consumption. As a result, dealers want delivery of stock as soon as possible and prefer delivery by the fastest means possible.

Under the changes involved in the introduction of the GST, however, tax will be levied at the point of consumption, making it more advantageous for the OEMs and their dealers to develop hub and spoke arrangements to flexibly meet customer demand.

In future, therefore, OEMs are likely to develop their supply chains in more sophisticated ways, rather than focusing purely on speed. Demand centres can be served by regular services from which dealers can pull inventory as they require it, resulting in a much more efficient supply chain and a balancing of the tax load.

In turn, this means OEMs will be able to avoid the current requirement to make and administer tax payments while goods are in transit between states, and to prove that equipment will be used in a particular state and is not subject to further taxation.

WWL moves a lot of finished automobiles, agricultural and other rolling equipment from factories to dealers. As the above changes take effect and the supply chain in India is re-ordered, we will work closely with OEMs to develop distribution hubs closer to their dealers, creating a more efficient and highly visible supply chain.

For video recording of sessions at the conference, click here.