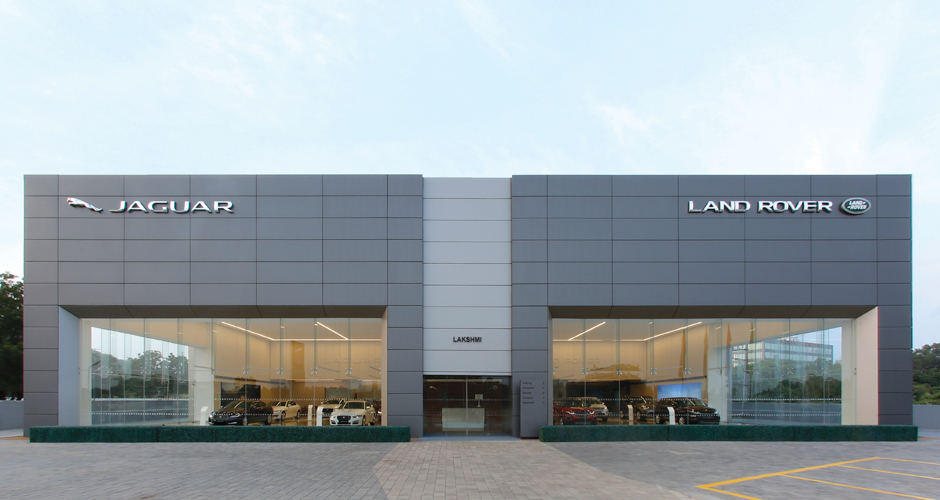 Jaguar Land Rover has opened a 5,200 sq.m dealer and service centre in Vijayawada, in the Indian state of Andhra Pradesh, that is being managed by Indian retailer Lakshmi Group.

The ‘3S’ facility (sales, service and spares) is fed by the carmaker’s spare parts warehouse in Bhiwandi on the outskirts of Mumbai, with a 24-hour lead time.

Jaguar Land Rover now has a network of 26 authorised sales and service centres across the country.

The workshop at the Vijayawada facility is equipped with 20 service bays and manned by a team of highly trained staff, including technicians and other service personnel, said the carmaker.

“We are delighted to introduce our new dealership facility in Vijayawada and are committed to easing accessibility for our customers to Jaguar and Land Rover products,” said Suri. “The opening of this ultra-modern, integrated, one-stop facility offering our esteemed customers sales, service and spare parts from the same location is in line with that objective.”

Jaguar Land Rover sold around 2,950 units in India in the first nine months of the year, a 45% rise over the same period last year. The carmaker sells 10 different models in India including the Jaguar XE, XF, XJ, F-Type and, from November this year, the F-Pace. It also sells the Land Rover Discovery Sport, the new Discovery and the Range Rover, Range Rover Evoque and Range Rover Sport.

The carmaker assembles a number of models from complete knockdown (CKD) kits imported from the UK to its facility in Chikli, near the city of Pune.

The Vijayawada centre has room to display 12 models in its showroom.