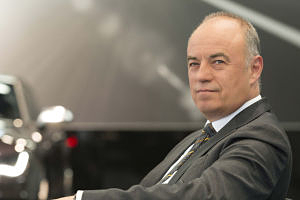 will be the new board of management member for production and logistics at Audi after a major reshuffling was announced at the German carmaker.

He will replace Hubert Waltl, who held the position from April 2014.

The appointment is part of a host of management board changes as the company looks for change following the diesel emissions scandal that has affected several Volkswagen group companies, including Audi.

From 2007 until 2015, 58-year old Kössler was the director of Audi’s main plant in Ingolstadt. In that position, he was responsible for all production-relevant areas and site-specific duties such as plant logistics, environmental protection and plant security.

Since October 2015, he has been with Audi Hungaria, first as managing director and most recently as chairman of the management board following a company restructuring.

He has also been a member of the Audi supervisory board since 2009.

Other changes at the top of the company include the management board members for finance, IT and integrity, marketing and sales, and human resources and organisation.

Matthias Müller, Audi supervisory board chairman and VW CEO, thanked the departing board of management members for their work, adding: “Audi has recently passed through a difficult phase, but has all the prerequisites to be successful also in the mobility world of tomorrow. Together with the workforce, the new team in the Board of Management will systematically push forward with Audi’s transformation towards the future.”