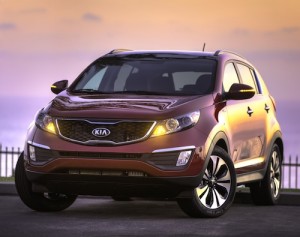 Kia has become the latest carmaker to set up production in Mexico with the announcement it will start work this month on a $1 billion facility in Monterrey in the northeast of the country. The carmaker stated that it expects the plant to play a major role in alleviating current global supply issues, particularly for serving the US market, thanks to its geographic location as well as reducing the cost of high import tariffs.

“For Korean automakers to competitively enter the Mexico market, the establishment of local production facilities is pivotal as Mexico imposes high tariffs on imported cars from Korea,” said Kia in a statement.

Last year, the carmaker exported more than 338,000 vehicles from South Korea to the US, up from 213,600 in 2009. Those exports are led by the Soul, Forte, Rio and Sportage brands. The company would not disclose transport costs for those shipments, but confirmed to Automotive Logistics that the shipping cost savings for North American production would be significant.

The Korean carmaker had been looking at various options for moving to overseas markets as it sought growth for the brand in Mexico, as well as gaining a more favourable access to the US market, where it currently has a plant in Georgia, in the southeast.

“[P]roximity to the USA will enable the company to better address the ongoing supply shortage situation that has arisen due to the dramatic growth of the Kia brand in the US market,” continued the statement.

Global links and advantages
However, the carmaker is not looking at Mexico purely as a base for North American supply.

“Our long-term goal is for this new manufacturing site to serve as a global base for compact vehicle exports around the world,” said the spokesperson. “As such, a number of factors such as Mexico’s cost-effective labour, strategic geographic location, and FTAs with over 40 countries, including some of Kia’s strategic markets – including the USA and Canada under NAFTA – have led us to decide on Mexico as the site of our next overseas manufacturing facility.”

Kia plans to utilise the plant as a foundation for strengthening the brand's sales presence throughout the entire Central and South America region while freeing up supply from Kia's domestic plants to address supply shortage issues in other regions of the world.

“Furthermore, as Mexico is one of the few remaining major countries in which Kia does not have a business presence, our decision to build a manufacturing plant in Mexico was strongly influenced by our plans to commence full-service retail operations in Mexico,” added the spokesperson.

Kia will start building the plant in late September and it is expected to finish it in the first half of 2016, with an annual production capacity currently set at 300,000 vehicles. It has not confirmed which models will be made there, although press reports have suggested it would be the Forte along with other compact models.

In terms of transport methods for shipments to the US it is still early days for a modal breakdown, though rail is expected to be the principal means of exporting vehicles from Mexico.

“We are currently considering railway as the fundamental method of transporting Kia vehicles from the Mexico plant to the US market, but the overall transportation plan for the plant is still under development and short sea providers are included in our ongoing study,” said the spokesman.

An entry for Glovis?
The Kia spokesperson said the company was still reviewing which transport providers would be involved with the movement of volumes both within Mexico and for export. In the US, and many other Hyundai-Kia markets globally, the Hyundai Group’s in-house logistics provider, Hyundai Glovis, manages logistics, although it is not yet clear whether there will be a similar subsidiary of Glovis in Mexico or even an extension of operations from the US.

In the US, Glovis divisions operate logistics at the group’s plants while Glovis America, based in California, has purchasing, contracting and operational management for vehicle logistics. The company also makes use of an in-house port processing arm, GAPS, and Glovis’s fleet of ro-ro ships for imports.

Glovis America is likely to have responsibility for Mexico imports upon entry into the US, if not from the factory gate, if the logistics setups of other OEMs are any guide.

Kia’s sister brand, Hyundai, has recently expanded its sales operations in Mexico, including taking control of its own distribution and logistics last year from Fiat Chrysler Mexico. Hyundai is rumoured to be considering a plant in Mexico. A strong presence of both brands within Mexico would be more likely to make use of Glovis, whose role is to consolidate the logistics between both brands.

No impact for US production
The set up of the facility will not affect production at Kia’s existing US facility in Georgia (KMMG), the company confirmed.

“The KMMG plant is operating very successfully and we are doing everything we can to maintain the competitiveness of that facility as the foundation of our operations in the US market,” said the spokesperson. “As such, there are no plans to move any current production from the KMMG plant to the new Kia Mexico plant.”

The new agreement was signed at the Technological Museum of the Electricity Federal Commission (MUTEC) in Mexico City, and was attended by a delegation of key executives from Kia Motors, led by Hyoung-Keun Lee, vice-chairman of Kia Motors and including Enrique Peña Nieto, president of Mexico.

Kia joins an increasing number of international carmakers setting up business in Mexico. Honda, Mazda, Fiat Chrysler and Audi are all investing in new plants in there. In July this year the Renault-Nissan Alliance and Daimler announced plans for a joint-venture factory in the country with an investment of €1 billion ($1.36 billion). The plant will be sited in Aguascalientes, in central Mexico, near Nissan’s existing facilities. BMW has also announced plans for a Mexico factory.