Maintaining traction through efficiency in Brazil 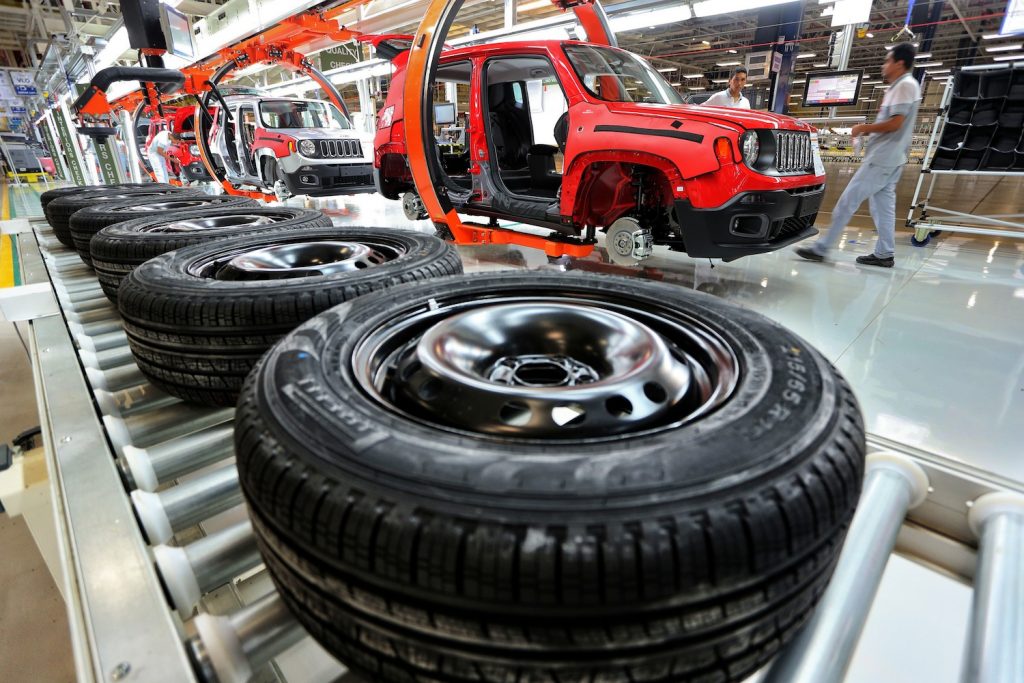 Vehicle sales in Brazil have tumbled and industry players need to slash costs, even as carmakers continue to invest heavily. OEMs and LSPs are redrawing their supply chains, while staying optimistic

After the boom, Brazil’s economy is stuttering. Real GDP growth is expected to drop 1% for 2015 and inflation is soaring at over 8%. Unemployment is creeping upwards, the government is rolling out fiscal tightening measures, and banks have reigned in credit to customers. Anfavea, the association of vehicle manufacturers, reported that Brazil produced 2.97m light vehicles in 2014, down nearly 15% compared to 2013, with truck and bus output down 24%. Total vehicle production in the first five months of 2015 was down a dramatic 33% compared to the same period last year and looks likely to again be passed by Mexico in vehicle output. The sector has laid off almost 5,000 of its total of around 140,000 workers this year.

These reductions come just as a number of manufacturers are opening or investing in new plants, including Fiat Chrysler Automobiles (FCA), BMW and China’s Chery. Paulo Sarti, president of Penske Logistics in Brazil, estimates that the increase in capacity could be as high as 15%, with overall production likely to fall by 20% or more. The resulting overcapacity could prove to be a problem for logistics flows as well as supplier rates. “This will almost inevitably lead to a price war,” Sarti adds.

Despite the global drop in the price of oil, Brazil is still feeling the pinch, as the country increased fuel taxes earlier this year. “Manufacturers are holding bids for new contracts and pressuring their suppliers to provide suggestions to reduce costs. Right now, the major challenge for logistics operators is the drop in volumes being moved due to the sector’s crisis, as well as the higher cost of fuel,” says Sarti.

These issues come on top of other perennial problems in Brazil, including poor infrastructure, high toll roads, time-consuming government bureaucracy and growing cargo theft, according to Ignacio Garat, president of TNT in Brazil, which has a large presence in the country.

However, despite all this, OEMs and LSPs are responding to changes and looking to the future. Mauro Pino, industrial director at FCA for Latin America, expects a gradual recovery to begin later this year, with Brazil’s long-term potential still strong. Orlando Moral, head of logistics at Chery, also points to the country’s potential to sell 4m-5m cars a year.

Swedish truckmaker Scania, meanwhile, has reoriented its production to serve both regional and global exports following declines in the Brazilian market. The company and its logistics providers have further re-engineered routing and collections to improve truck utilisation following changes in production, according to Fabio Castello, who was recently promoted to be vice-president of logistics for Scania in Latin America.

Logistics providers are also looking to evolve services or adapt networks to reduce costs. Penske’s Sarti and TNT’s Garat see opportunities to grow in the aftermarket segment, where demand for high parts availability and service reliability puts a premium on logistics. Richard Vieites, managing director at Ceva Logistics in South America, explains that the tough economy is pushing companies to reduce non-value-added activities.

“Those suppliers who are able to most effectively work together with the OEMs and tier suppliers to drive efficiencies will come out on top,” he predicts.

Despite the economic downturn, manufacturers are continuing with their investments, even if they have had to scale back initial plans. FCA has committed 15 billion reais ($4.8 billion) to several projects, which includes modernising its factory in Betim, Minas Gerais state, as well as opening a new Jeep plant in Goiana in Pernambuco state, and developing new products between 2013 and 2016.

Logistics has been an important part of the company’s investment, including the building of a local supplier park, development of a regional crossdock and construction of a large, in-house-run vehicle yard to manage outbound logistics and exports to other Latin American countries. According to Pino, Fiat Chrysler has stepped up its localisation efforts in Brazil, with around 80% of parts for the Jeep delivered from local suppliers.

Given the recession, Pino cites logistics as a key competitive factor. However, he doesn’t believe the crisis necessarily brings new logistics solutions; he points to the Pernambuco plant as a good example of how to boost efficiency and reduce operating costs in all conditions. “This should be a continuous process,” he adds. 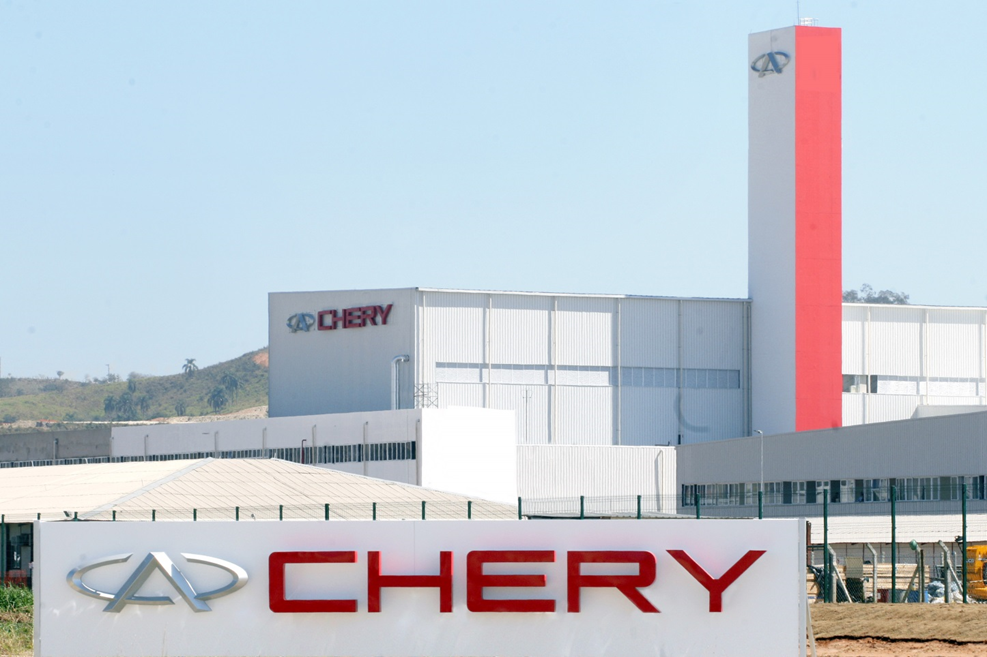 BMW is also expanding, opening a plant near Joinville in Santa Catarina state, in the south of the country. According to Tobias Herrmann, logistics director at the carmaker’s Araquari plant, the carmaker has invested more than €200m ($225m, 700m reais) in the facility.

In 2015, BMW’s production will only be around 11,000–12,000 vehicles out of a potential 32,000 vehicles annual capacity; the carmaker will slowly ramp up output over the coming years in accordance with demand. Once fully operational, the plant will have more than 1,000 employees compared to 550 currently. BMW’s operation in Brazil has also been building motorcycles in Manaus, in the north near the Amazon River, since 2009.

Herrmann says that rail and the use of sea transport in combination with trucking should be strengthened for moving material, while trucking will continue to be a challenge for the foreseeable future. Another hurdle is in importing parts, as difficult and unpredictable licensing is a restriction on the development of international business, he says.

According to Herrmann, most local Brazilian suppliers are within a radius of 50km from the plant. BMW also has suppliers including Lear and Benteler on site at Joinville, and is encouraging other suppliers to set up there. “We are in the final process of selecting suppliers for wires, plastic parts and other components,” he says.

Chinese carmaker Chery is another that has been revving up its plant in Brazil, now with an eye also on exports. After beginning its Brazilian operations in 2009 with imports, Chery announced $400m for its plant to produce cars in Jacareí in São Paulo state, with another $130m invested in an engine factory.

Chery’s Orlando Moral says the plan is to export vehicles to other countries in South America by 2016, such as Argentina, Uruguay, Chile and Venezuela. However, he says that clarity on government policy and incentives to facilitate exports in the automotive market, via Mercosur or bilateral agreements, will be needed.

Moral says that Chery currently produces 30 vehicles per day at the Jacareí plant, which opened last year. The plant has a potential capacity of 50,000 vehicles per year, while Chery currently intends to sell around 10,000 units in Brazil of the locally built model, the Novo Celer. The carmaker also expects to produce new models such as the QQ in the near future. “Only a small amount of investment will be needed to boost the capacity to 80,000 vehicles per year,” adds Moral.

Chery has also invested in warehouses, packaging and lifters, while its lead logistics provider, BMS, provides local infrastructure and handling, including line feeding.

Other manufacturers have reacted to the crisis with changes in supply chain strategy. Scania has switched its focus to exports in 2015. This year, the company will export 50% of its buses, trucks and engines to markets in Latin America such as Argentina, Chile, Peru and Mexico, as well as to Africa, Asia and the Middle East. In 2012, the company exported only 15% of its production.

This change has impacts for both inbound and outbound logistics. “Our logistics operation had to change quickly to account for the deteriorating economy and we adjusted our inbound logistics to handle new parts and our outbound operation to export to new destinations,” says Fabio Castello. However, this created additional complexity at the company’s factory in São Bernardo in São Paulo. 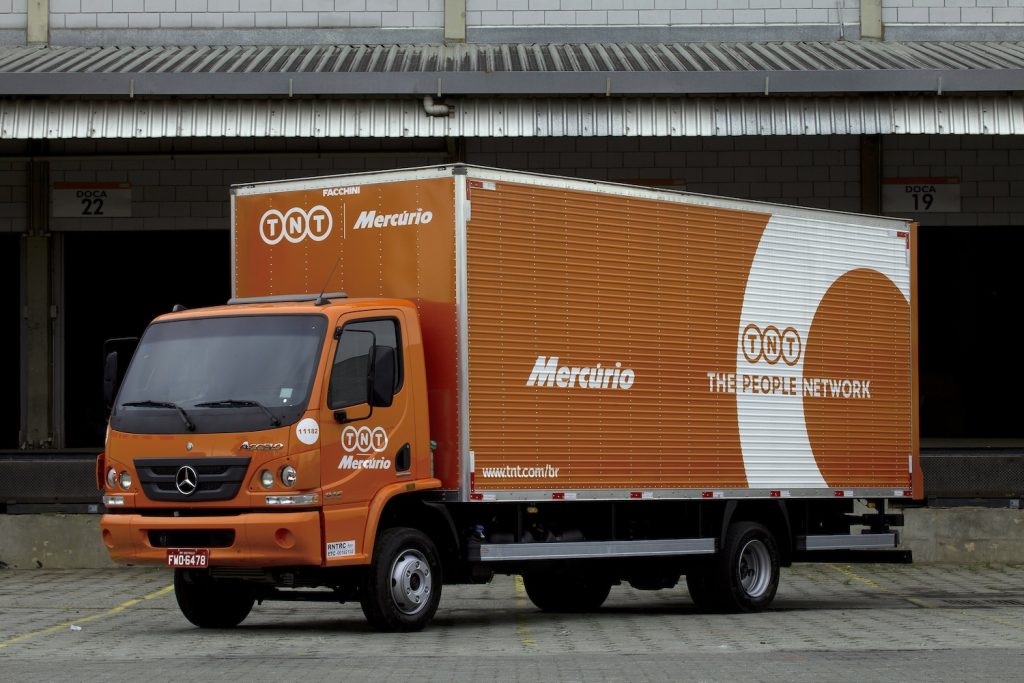 For example, given the recent focus on exports, Castello explains that the operation had to adjust for right-hand-drive trucks destined for South Africa, which require a different handling and supply process compared to what the local operation was used to handling. Scania also had to adjust its warehouse of 50,000 sq.m in Mauá, Sao Paulo, to handle new parts.

To become more efficient during the economic downturn, Scania has improved its logistics flexibility, reduced working hours where necessary and re-addressed pickup routes. Its warehouses now have more knockdown kits for export rather than vehicles, so the company needs more boxes and packing facilities, says Castello. Scania deploys some 46 logistics providers, including Cargo Lift and Panalpina, for warehousing and road transport activities, but it has also needed to establish new export routes, including ro-ro or container providers.

Among Scania’s tier one suppliers – including 300 onshore in Brazil and Argentina, and 600 offshore, mainly in Europe – it also set up more efficient milkruns to collect about 46 trailers. The manufacturer now completes pickups at its suppliers twice a week rather than daily as before. Scania was able to elevate its typical loads to 95% in 2014, from 80-85% previously, by levelling bulky parts 1-2 days before or after they are needed into trucks with emptier loads. This saves 12-15% regarding the number of trips, Castello says.

The executive also sees positive changes. Brazil has recently launched an authorised economic operator (AEO) programme for customs clearance, which helps to reduce red tape and bureaucracy for imports and exports. The country is now playing by global rules, Castello says. However, the long-term plan for exports remains unclear, particularly as some tax exemptions for exports have recently been reduced to 1% rather than 3%, he says.

Being realistic, while preparing for a better future

While the sector is clearly focused on costs, Ceva’s Vieites also senses increased pragmatism. The efforts are much more structured and medium-to-long-term focused as opposed to rash, short-term actions that result in even higher costs on a longer timeframe, he explains.  “Cheap is expensive, as they say,” he notes.

However, the country’s logistics are struggling in the downturn. According to TNT’s Ignacio Garat, rate pressures have forced some companies to collaborate with small regional transport companies. Providing a continuously reliable service nationwide is proving difficult, he notes.

To prepare for the future, TNT has developed IT interface technology that enables closer integration with customers  and the processing of shipments at distribution centres. Apart from improving the control per piece by constant scanning at each point (such as hubs, depots and in its truck fleet), Garat says the system also reduces over-processing and excessive handling in intermediate depots and warehouses.

He adds that, despite the current economic environment, automotive manufacturers and suppliers are optimistic. TNT expects to see a recovery in mid-2016, and companies will continue to invest. “This means that business should grow, while new opportunities and potential customers will emerge,” he says.

Scania’s Costello also believes that the future is still bright. Scania’s five-year plan to 2020 aims for global sales of 140,000 units, with Brazil accounting for a substantial part as the market normalises. “Brazil’s economy can shift quickly downwards as well as upwards. It is a big market and we need to be ready when the recovery comes,” he says.