Nafta renegotiation ‘will not hold back investment in Mexico’ 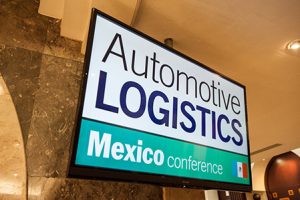 Following a 30% tax imposed by the Trump Administration on solar panels imported to the US last week and another 20% tax put on imported washing machines, vehicle and parts makers are wondering if the automotive industry is next on the list for high tariffs, as Nafta is renegotiated – and what that might mean for the future of vehicle production in Mexico.

Only last week, a number of OEMs and advocacy groups with links to the automotive industry urged politicians to proceed with caution.

Speaking at the Automotive Logistics Mexico conference this week in Mexico City, however, Amalia Espinosa López, automotive industry director at the country's Secretariat of the Economy, said that the US decision to impose tariffs on certain products would not necessarily lead to similar measures being imposed on automotive exports. López also rejected the notion that the current uncertainty could lead to withdrawal of investment in the country.

“There is no basis for the conclusion that the negotiation of the free trade agreement may give rise to a reduction in investment,” said López. “Our geographical position and competitiveness in terms of market access have historically drawn investment and we need to acknowledge that the status and level which many industries have reached in Mexico is not necessarily focused on tariff preferences.”

López said the government was at the negotiations with a focus on maintaining and improving Mexico's commercial relations with North America, and that the competitiveness of the automotive industry in Mexico meant it would continue to prosper.

Highlighting the trade links Mexico had with other global markets including Asia and Europe, she said that investment decisions did not rest on what would happen next month or next year, but on the competitive structural advantages available in the country.

Her point was backed up by Jose Garcia Torres, president of the US-Mexico Chamber of Commerce. While recognising that a lot of carmakers now operating in Mexico were US subsidiaries, he pointed out that over past six years, the country had welcomed businesses and people from around the globe.

“We see interest not only from the US but from all over the world,” said Torres. “The decision to come to Mexico has been put off in some cases, but most companies have made the final decision to do so and foreign companies are making progress in getting here.”

According to figures from Brandon Mason, automotive director and mobility leader at analyst PwC, in the last 12 months various OEM announcements have resulted in an estimated assembly shift of at least 350,000 units from Mexico to the US. This time last year, Ford cancelled plans to build a $1.6 billion assembly plant in San Luis Potosi, in north-central Mexico.

However, Ford continues to make cars in Mexico as do a number of international carmakers. Audi is now at full production in San Jose Chiapa, while BMW will start making the 3 Series at a new plant in San Luis Potosi, which will have an output of 150,000 vehicles when it opens next year.

Supply and demandLópez recognised that supply times were extremely important for companies' profit margins, as were the levels of competitiveness and permanent infrastructure that had been put in place to support the growing automotive industry.

“[These factors] cannot be held back by this [present] situation,” said López. “We don't have an absolute understanding of what will happen with Nafta but, nevertheless, economic sectors know where competitiveness lies and Mexico continues to offer it.”

Regarding the tariffs imposed on solar panels and washing machines as temporary measures, she said that previous statements on potential tariffs were part of the bargaining process. “I suggest you consider it in the context of a negotiation and in no way whatsoever a final ruling from the US government on the automotive products or the general ones that we export,” she said.

Mexico, said López, had a world-ranking automotive industry based on a number of competitive advantages that now went way beyond lower labour costs, and was continuing to attract investment. Last year, automotive production reached 3.8m vehicles – almost 9% more than 2016. The majority of that is for export, primarily to the US: PwC's Mason said approximately 65% of Mexican light vehicle assembly was exported to the US in 2017.

The investments already made in plants and infrastructure to support this output and growth, along with the investments made in building up a skilled worforce, meant the industry was not turning back, stressed López.

“Today [workforce] training in the industry and long-term investment have grown in importance,” she said. “The maturity of the industry represented here cannot be eliminated by a political decision that may only have limited collateral effects. There is no way that investment has been held back or withdrawn.”