Nissan and Mitsubishi to share spare parts resources in Japan 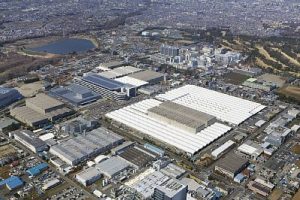 Nissan Motor and Mitsubishi Motors have arranged to jointly use a spare parts warehouse near Tokyo, Japan, and share a regional delivery network as part of efforts to work together more closely to reduce logistics costs.

From October this year, the carmakers will share Nissan's 355,000 sq.m Sagamihara Parts Center, about 30km south-west of Tokyo. They also plan to share the warehouse's delivery network in the Kanto region, which includes the Tokyo metropolitan area. Nissan said it had not yet chosen a logistics provider for the joint shipment of the parts.

In a joint statement, the two OEMs said the plan was part of a convergence of aftersales functions led by the Renault-Nissan-Mitsubishi partnership, which Mitsubishi joined in October 2016. Nissan and Mitsubishi expect the joint operations to reduce costs through synergies such as more effective use of vacant storage space and more efficient use of transport.

This is the second such collaboration affecting aftermarket distribution following the set up of a shared parts and accessories warehousing and logistics operation in Australia in June last year.

The Sagamihara operation will store more than 30,000 spare parts and accessories for Mitsubishi customers and some will be shipped jointly with Nissan spare parts.

Mitsubishi said it did not currently own a large-scale spare parts warehouse in the Kanto region.

The carmakers said that by reducing lead times between orders and deliveries, they jointly aimed to improve customer satisfaction with Mitsubishi aftersales in the region.