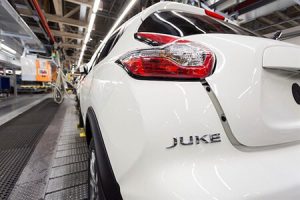 Nissan is to reduce the workforce at its Sunderland factory in the north-east of England amid operational changes, with hundreds of jobs reportedly being axed as the company adjusts to declining demand for diesel models across Europe.

The company’s announcement comes only a week after Jaguar Land Rover (JLR) announced it would reduce agency staff jobs at its Solihull plant in central England by 1,000 posts because of continuing headwinds in the car industry.

Diesel car sales in Britain fell by over a third to 240,614 in the first quarter and by over 37% to 153,594 in March alone, compared with the same periods last year, according to data from the Society of Motor Manufacturers and Traders (SMMT). Their decline in popularity stems from higher taxes, question-marks over diesel-fuelled vehicles’ environmental credentials, and fears over them being banned altogether in the future.

Nissan has declined to specify how many of its 7,000-strong Sunderland workforce are at risk but is widely reported to be planning hundreds of redundancies.

“As previously communicated, we are transitioning to a new range of powertrains over the next year. As we make the operational changes required to support this, we will be managing a planned short-term reduction in powertrain supply and plant volumes at Nissan Motors UK in line with our 2018 business plan. We are now discussing these operational changes with our employees,” stated the OEM.

Steve Bush, acting national officer at Unite, said the union was working with the company to minimise job losses among permanent workers during a short-term reduction in volumes at the plant.

“Unite has been assured that any job reductions will be on a voluntary basis and on enhanced terms. Going forward, we expect to see temporary workers at the plant move into permanent positions as volumes pick up again in future years,” he said.

As announced in October 2016, Nissan is introducing an updated version of the Qashqai and adding production of the X-Trail crossover – currently made exclusively at Kyushu, Japan – to the Sunderland plant, which also produces the Note, the Infiniti Q30 and QX30, and electric Leaf. Its plans included provision to position the factory as the company’s European manufacturing hub for crossover models.

Nissan said it expected production volumes to recover at Sunderland as it began to make the new models.