Nissan exports from Japan still struggling despite a boost in May 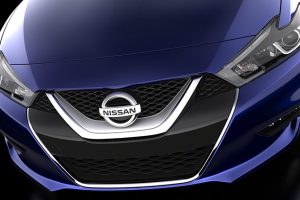 Nissan has recorded its first increase for six months in vehicle exports from Japan, with a rise in May of 19.5% year-on-year to 41,321 units. During the first five months of the year, however, global exports from the country were still down to 186,679 units, a decline of 13.5% compared with the same period last year.

North America took more than 20,000 Nissan vehicles from Japan in May, an increase of 22%, though for the first five months the figure was down more than 33% to 64,468, compared to the same period last year.

Nissan is now making the Rogue crossover SUV at its plant in Kyushu, Japan, for export to North America this year. Annual production of 100,000 units at the Japanese plant will complement production of the popular model at its Tennessee plant in the US, which is at maximum capacity.

The carmaker recently released its annual sustainability report, which showed that the level of CO² emissions at its facilities was 22.4% lower than in 2005.