Nissan to combine warehousing in Australia with partner Mitsubishi 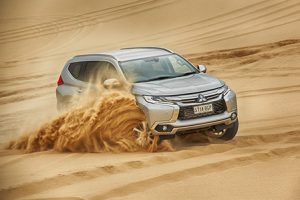 Nissan has announced it will establish a joint parts warehousing and logistics operation in Australia with fellow Japanese carmaker Mitsubishi, making it one of the first projects under their recently formed strategic alliance.

In completing a $2.3 billion investment in a 34% stake last October, Nissan made Mitsubishi the third full member in its 17 year-old global alliance with Renault. The new facility will also service the Renault and Infiti brands in the country.

“This is a milestone development in Nissan's new alliance with Mitsubishi,” said Richard Emery, managing director and CEO of Nissan Australia. “This collaboration has opened the door to many important synergies, including the sharing of parts storage, distribution and logistics here in Australia.”

The new parts distribution centre, located in the Melbourne suburb of Truganina, will be one of Australia's largest automotive logistics facilities at 36,000 sq.m. It is expected to be completed by December.

The centre is located to take advantage of transport infrastructure and is in an area known as a freight hub in close proximity to Melbourne's main airport and seaport.

It has also been designed to meet the requirements for a ‘six-star’ rating, making it one of the first parts distribution centres in Australia to achieve what is the highest level of certification for sustainable building design.

Although Nissan itself ceased vehicle assembly operations in Australia in 1992, it imports new vehicles there from Japan, Thailand, North America, India, and the UK. Vehicles arrive by sea at Brisbane, Sydney, Melbourne, Perth Adelaide, Darwin and occasionally Townsville, in the far north-east of the country, before onward rail and truck distribution.

Mitsubishi, meanwhile, closed its factory in Adelaide in 2008 and now also imports vehicles into the country.

The news followed an announcement from Tokyo about the launch of Mitsubishi Motors Financial Services, which will also be available to customers in New Zealand and Canada from June and July respectively.