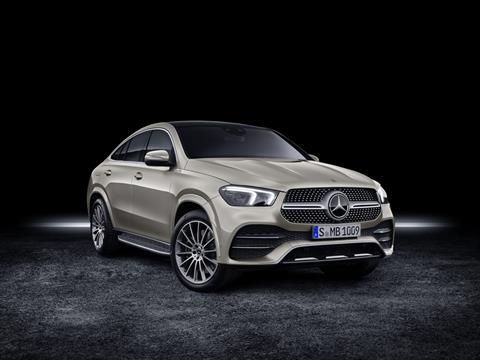 Supply problems have been hampering the delivery of imported Mercedes-Benz GLEs in Germany. Daimler is using the former military airport at Ahlhorn in northern Germany to store an unspecified number of the SUVs because of a supply chain bottleneck in the US that has left the vehicle without one of its parts.

The carmaker said the airport was one of a number of logistics areas worldwide that are used by Mercedes-Benz Cars as part of a planned process for temporary storage of vehicles.

Mercedes-Benz makes the GLE in three versions – GLE, GLE Coupé and GLS – at its plant in Tuscaloosa, Alabama. It is the only plant that makes the vehicle for global markets. The vehicle is based on a new flexible body construction concept that allows for a high level of variation and employs autonomous transport systems to increase assembly throughput (based on the Mercedes-Benz TecLines concept).

A spokesperson for Mercedes-Benz said converting GLE production to the new architecture while maintaining the high level of flexibility required at the plant was “a big challenge”.

The Mercedes-Benz GLE was launched in late 2018 onto the US, European and Chinese markets simultaneously, with two-thirds of the volume exported. The carmaker said it was the first time it had launched a vehicle for all markets at the same time and capacity at the plant was increased significantly.

“This [is] the highest productivity in the history of the plant [and] together with the great variety of product variants has led to initial bottlenecks at suppliers,” said a spokesperson for the company.

The high output from Tuscaloosa for global markets also led Mercedes-Benz USA to use additional temporary storage locations in Alabama earlier in the year to manage outbound volumes.

Regarding the cars stored in Ahlhorn, Mercedes-Benz’s spokesperson said: “We are working intensively to ensure that our customers can receive their new vehicles as quickly as possible. Individual agreements have been made with the customers regarding the delivery of the vehicle to provide them with the best possible support in their individual mobility.”