Ontario and Michigan working together to support auto industry 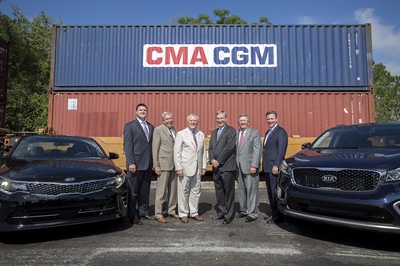 The Canadian province of Ontario and its US neighbour Michigan have signed an agreement to promote regional competitiveness and innovation in the automotive industry through greater collaboration. The deal includes the provision to increase supply chain integration and transfer technology through business-to-business partnerships.

Ontario and Michigan account for more than 26% of vehicle production in the region.

Other areas of collaboration being targeted by the two states include technology advancement, such as connected cars, autonomous vehicles, lightweight materials and alternative fuels. The agreement also covers best practices in industry strategy, regulatory and policy approaches, and employee skills development.

“Ontario is already a leader in automotive parts and assembly,” said Kathleen Wynne, premier of Ontario. “Increasingly, we are leading in automotive innovation as well, particularly in the fields of information technology and clean technology. But we can’t take our success for granted. North America’s highly competitive auto sector calls on us to work more closely with our friends and industry partners in Michigan. By combining our collective strengths through this [memorandum of understanding], we will boost regional competitiveness and create new opportunities for investment, jobs and growth on both sides of the border.”

Last year the trade in goods between Ontario and Michigan reached $74 billion.

The two states are already working on a new rail link for freight trains that will run under the Detroit River. The Continental Rail Gateway (CRG) is designed to handle double-stacked containers and tall rail cars. When complete, it will improve cross-border trade, while turning Windsor-Detroit into a major logistics hub. The project is being developed by a public-private coalition called the Continental Rail Gateway, which was formed in 2010 and includes the Windsor Port Authority, Borealis Infrastructure Trust and Canadian Pacific. Michigan’s Department of Transport has committed $10m to the project.

There have been a number of developments in each state’s automotive industry this year. In June GM announced it would be expanding its engineering and software development work at its Canadian Technical Centre. GM said the facility would play a leading role in the development of the next generation of connected, autonomous and alternative-fuel vehicles.

In May this year FCA’s plant in Windsor launched assembly of its Chrysler Pacifica.

There have also been some notable investments on the supplier side of the business in Michigan. Last month tier one supplier BorgWarner said it was investing $27m to expand its operations in Auburn Hills. In addition, Denso Manufacturing Michigan is expected to invest $37m in its Battle Creek operations with financial support from Michigan's economic development fund.