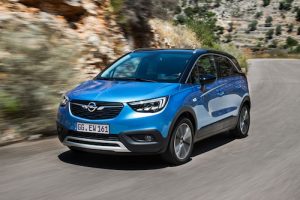 Opel has signed a deal with Unitrans Automotive for the import and retail of its vehicles in South Africa from the beginning of January.

The move follows Groupe PSA’s acquisition of Opel and Vauxhall for €2.2 billion ($2.6 billion) from GM earlier this year. Previously, Opel distribution in South Africa was handled by a network of around 130 independent dealers via GM South Africa.

Vehicles including the new Opel Crossland X SUV (pictured) will now be distributed by the South African firm across 35 dealerships, some owned by Unitrans and others by independent owners. They are being imported from Opel plants in Europe, including Zaragoza (Spain), Sochaux (France) and Eisenach (Germany).

Opel would not disclose which transport partners it was working with for the import of the vehicles.

As part of a new product offensive in South Africa, Opel will also sell the Crossland X in the first half of the year and follow it with the Corsa. The Mokka X is already on sale in the country.

The carmaker said the move was part of its Pace! plan, aimed at establishing a stronger international footprint by moving into more than 20 new export markets by 2022.

“We view South Africa as an important market,” said Matthias Seidl, Opel’s executive director of sales operations, at the presentation of the Crossland X in Johannesburg. “South Africa is a strategic investment for Opel and our aim is to take the brand from strength to strength in South Africa and other key markets.”

At the same time, the Opel dealers will take on the aftersales business of an existing GM brand – Chevrolet. From next year, GM will no longer sell Chevrolet vehicles in South Africa. The company said earlier this year that it was phasing out the Chevrolet brand in the country as well as turning over GM South Africa manufacturing to Isuzu Motors.

Earlier this year, GM executive vice-president and president of GM International, Stefan Jacoby, said: “After a thorough assessment of our South African operations, we believe it is best for Isuzu to integrate our light commercial vehicle manufacturing operations into its African business. We determined that continued or increased investment in manufacturing in South Africa would not provide GM with the expected returns of other global investment opportunities.”