P3 to build facility in Italy for Lamborghini and Ducati parts 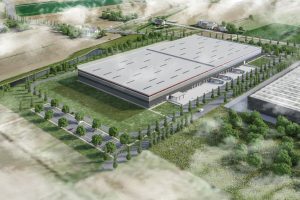 Logistics property developer, P3 Logistic Parks, has won a tender to build a 30,000 sq.m warehouse near Bologna in Italy for Lamborghini and Ducati.

The logistics facility will be the central European storage and distribution hub for the sports car and motorcycle companies’ respective genuine parts.

The facility is P3’s first build-to-suit (BTS) warehouse project in Italy, while it is also its first project for the two VW Group brands.

Lamborghini and Ducati’s headquarters are in Sant'Agata Bolognese and Bologna respectively, both less than 15 km from the Sala Bolognese park.

The logistics hub will be the second P3 warehouse at the park. It will occupy a site of approximately 11 hectares, including land for a 5,000 sq.m expansion.

Work has already started at the site and is due to be completed before the end of this year.

The new building will have a 12-metre clear internal height, 5t per sq.m floor loading and will be heated to maintain a minimum 18C temperature throughout the year. It will also include 700 sq.m of offices.

P3 said the warehouse will have a number of environmentally-sustainable features, including LED lighting, thermal insulation and solar panels on the roof to heat the water used in the offices and for the office heating and cooling systems. It will also use well water for irrigation.

This project is the latest in a number of developments that P3 has undertaken for customers from the automotive industry, which it says is currently one of the major sources of demand for logistics space across Europe. P3 has customers from this sector across all nine of the countries in which it has parks.

Recent projects include Volkswagen wheel supplier PTG’s new premises at the P3 Bratislava D2 park, which started shipping its first wheels to the VW plant 14 km away in May this year. It has also built a 20,000 sq.m BTS automotive parts distribution centre at P3 Niedersachsenpark in north-west Germany, occupied by Peugeot Citroen Deutschland GmbH.

The two selling companies acquired European-focused company in 2013 and acquisitions since then have helped it double the size of its portfolio.

P3’s asset base comprises 185 warehouses totalling more than 3.9m sq.m across nine European countries . It also has a land bank for up to 1.8m sq.m of further development.