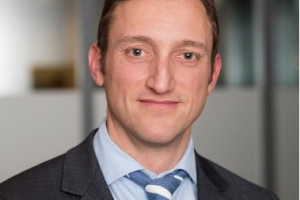 European short-sea ro-ro operator UECC has appointed Per Christian Mørk (pictured) as its new chief operating officer (COO). He replaces Erik Jensen, who has moved to Wallenius Wilhelmsen Logistics (WWL) in an as yet unspecified role.

Mørk moves to UECC from his previous position as head of sales for Europe, Middle East and Africa (EMEA) at Höegh Autoliners. He has been with Höegh in various roles since joining it as marketing manager in 2007. Prior to that, he worked as a market analyst with energy company, Statoil.

“Per Christian carries with him deep knowledge in commercial, trade and operation in the market we operate in,” said UECC’s CEO, Glenn Edvardsen. “With his international shipping background, he understands global sales, go-to-market strategy and customer satisfaction in a way that UECC targets to achieve. He will be joining an energetic and united team at the perfect time to spearhead UECC’s sales and operational expansion.”

Referring to UECC’s technological leadership and in particular the recent introduction of two dual-fuel LNG vessels, Mørk added: “I believe UECC is poised for even greater success and I’m looking forward to helping take the company to the next level.”