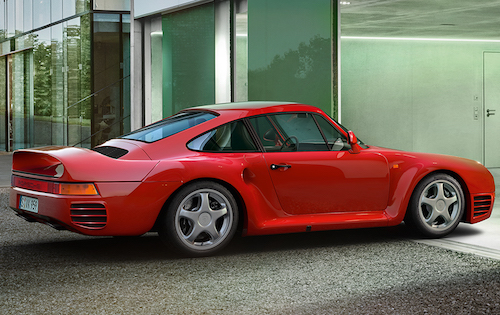 The division of German luxury car manufacturer Porsche dedicated to classic vehicles has started using 3D printers to produce rare parts that are only required in small quantities.

With the Porsche Classic range consisting of around 52,000 parts, the potential for saving storage space and cost is huge, stated the OEM. “The components can be produced on demand if needed, thereby eliminating tool and storage costs,” it said.

The move will also allow owners of classic Porsches, who can face great difficulty in obtaining spares, to keep their cars on the road for longer.

Up to now, if a spare part was no longer in stock or stock was dwindling, Porsche Classic reproduced it using the original tools. For larger quantities, new tools might be required. Both options are highly expensive and hugely inefficient however.

As the quality of so-called additive manufacturing processes continues to improve and as the costs involved generally decrease, 3D printing is becoming an economic alternative for production of small quantities, said Porsche, citing the example of the release lever for the Porsche 959 clutch.

“This component made from grey cast iron is subject to very high quality requirements but is in very low demand – not least because only 292 of these super sports cars were ever produced,” it said.

The company is already manufacturing eight other steel and alloy components using 3D printing and plastic parts via a selective laser sintering printer.

“All parts are subject to the quality requirements of the original production period as a minimum, though they usually meet higher standards,” said the OEM.