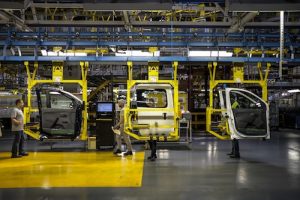 The Renault-Nissan Alliance has reported that its business convergence plan, which began in 2009, brought it €5 billion ($5.7 billion) in annualised synergies last year, up on the €4.3 billion recorded in 2015.

The Alliance is forecasting its gains will continue next year and is targeting synergies of €5.5 billion. That figure does not take into account the contribution from Mitsubishi, in which the Alliance bought a 34% stake last year for $2.3 billion.

“The growing cooperation is delivering strong benefits for the members of the Alliance, reflected by the economies of scale, technological breakthroughs and innovations that are being shared between Renault and Nissan,” said Carlos Ghosn, chairman and CEO of the Renault-Nissan Alliance. “We are on track to realise synergies of €5.5 billion in 2018, even before taking into account the contributions from Mitsubishi Motors, our new Alliance partner.”

The company said that with the addition of Mitsubishi, it expected to generate additional synergies from joint purchasing and logistics, as well as through more localisation, shared plant use, common vehicle platforms and technology sharing.

Synergy gains are being achieved by the Alliance companies by making vehicles at each others’ plants and closer to where they are sold.

This year, Renault and Nissan said the Alliance would increase sharing across platforms, powertrain and parts.

Nissan will also begin production of the Renault Alaskan pick-up truck at its Barcelona plant in Spain later this year.