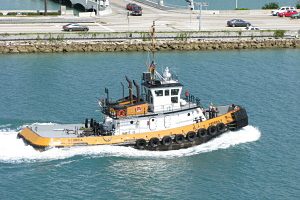 The US Federal Maritime Commission has decided to permit major ro-ro carriers to jointly negotiate the pricing of tug services at US ports from now on.

The working agreement, which came into effect in January 2015, was created to allow the companies to negotiate joint contracts for marine terminal facilities and services. The new amendment includes an article authorising the companies to solicit bids for contracts covering the provision of tug services, too.

"Careful analysis of what was proposed yielded no concerns about potential anticompetitive behaviour or adverse consequences to ports, or the American shipper. Ultimately, this amendment should increase efficiencies, benefitting our nation’s port gateways," he added.

Prior to the amendment, the companies were required to negotiate separately with individual tug services.

One of the commissioners, William Doyle, voted against the proposed amendment, however, and in a separate statement said: “This amendment tilts the playing field for certain international carriers and opens the door to anticompetitive behaviour resulting in adverse consequences for US-flag maritime service providers, their mariners, and the domestic shipyard industry.”

In a submission opposing the amendment, the The American Waterways Operators said the provision would allow ocean carriers to gain an “advantaged bargaining position because domestic entities have no counterbalancing ability to take collective action with immunity from the antitrust laws of the United States”.