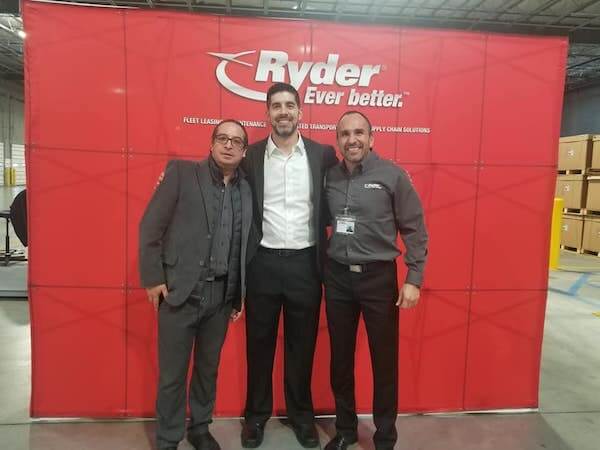 Third-party logistics provider Ryder System has opened a crossdock facility in Laredo, Texas. The new operation will primarily support cross-border shipments between the US and Mexico and automotive products will account for around 70% of its throughput.

Situated less than 8km from the World Trade Bridge border crossing, the site incorporates 51 dock doors, two ramps and 114 trailer spaces, and complements the company’s newly renovated yard in nearby Nuevo Laredo, Mexico, which can accommodate up to 400 trailers.

The Laredo crossdock will handle thousands of shipments a month for the company’s 19 existing customers in the automotive, industrial, retail and high-tech industries, with scope for both the client base and services provided to expand.

“Cross-border, automotive-related volume – northbound and southbound – has increased at a high single-digit or low double-digit rate every year for the last several years,” Ryder’s vice-president of international supply chain solutions, Gene Sevilla, told Automotive Logistics. Volumes are roughly the same in each direction, he added.

Continued uncertainty over the future of Nafta does not seem to have hindered recent growth, he continued.

“Over the last year, while there has been uncertainty over the Nafta future, Ryder has seen increasing auto and non-auto related volume through Laredo, and through other border cities,” he said. “With the current uncertainty around the Nafta negotiations, Ryder is positioned to quickly adjust to new volume conditions whether it is lower, flat, or growing volume. We are ready to react to the needs of our customers.”

The company’s US-Mexico border bases include others near Laredo, at El Paso (Texas) and Otay Mesa (California). Combined, they manage more than 11,250 cross-border freight movements a month.