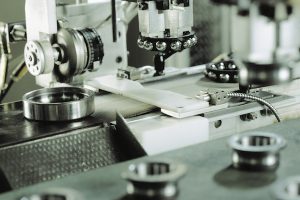 German components maker and ball bearing supplier Schaeffler has said it does not expect any supply problems to customers despite an explosion at its Eltmann plant in Bavaria on Monday, which injured 23 workers.

The explosion occurred at a filtration device for salt at the plant, which manufactures rolling elements for bearings and employs approximately 480 employees. Of the 23 injured, seven were hospitalised while the rest were discharged immediately after outpatient care, said the company in a statement.

“We do not expect any implications for our customers since 90% of our production lines are operating again,” it added.

The company said it was currently investigating the root cause of the accident and that Schaeffler Technologies Eltmann was fully supporting emergency personnel and the investigation process.

Rescue services including The Red Cross, firefighters, the THW technical assistance organisation and the police were deployed at the site.

The company was keen to reassure the public that there was no wider risk from the explosion.

“The population was never in any danger,” it said in the statement. “No hazardous or toxic substances were released. There was no heavy smoke development in the aftermath of the accident.”