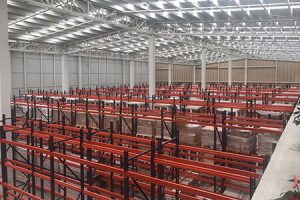 Automotive logistics services provider Seko Logistics is enlarging its presence in Mexico by setting up operations in six locations alongside its new distribution centre in the country.

As a first phase of expansion, the company is establishing offices in Mexico City, Monterrey city, Toluca city and Queretaro state, as well as in the Laredo-Nuevo Laredo and Reynosa-McAllen conurbations straddling the Mexico-US border. The company has already opened its first distribution centre in Mexico, a facility of almost 10,000 sq.m, in Ocoyoacac, near Mexico City (pictured).

Chicago-based Seko said it was investing significantly to meet growing client demand in the automotive, retail and aerospace industries, and that it planned to increase its Mexican network to a total of 20 warehouses and offices in a second phase of expansion.