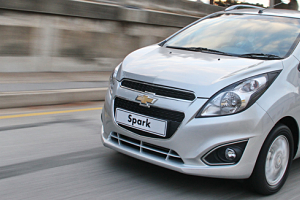 The Sentech automotive parts plant in Port Elizabeth, South Africa, is to close by the end of September. The move follows General Motors’ (GM) recent announcement that it would cease manufacturing and selling Chevrolets in the country by the end of the year.

Sentech carries out pipe bending and manipulation, welding, brazing, E-coating and powder coating for components such as fuel fillers, door protection bars and brackets. Its main clients are GM and Toyota.

Following the closure, Sentech’s equipment will be sold to other engineering companies or used elsewhere in the group, said Hendry.

Though GM’s exit has proved to be the plant’s death-knell, other vehicle producers are investing in South Africa.

In reputedly the largest automotive investment in Africa for 40 years, Beijing Automobile International Corporation (BAIC) recently agreed to build an 11 billion rand ($840m) plant in the Coega Industrial Development Zone, near Port Elizabeth, for assembly of complete knockdown kits of pick-up trucks, SUVs and sedans. The factory is due to open towards the end of this year. Coega Development Corporation says it plans to establish a multi-OEM complex for the automotive assembly and component manufacturing sectors at the industrial estate, which it manages.

BMW, meanwhile, is to make the X3 SUV model at its plant in Rosslyn by phasing out production of the 3 Series at the factory, on the outskirts of Pretoria. The German company is also spending 400m rand on a regional distribution centre about 55km from Rosslyn. The company has said it is looking at the growth potential of sub-Saharan Africa, a market which is “keenly suited” to the X3.

Elsewhere, German filtration parts supplier Mann+Hummel has opened an aftermarket logistics centre in Johannesburg to get closer to customers; and 16 months ago, Ford announced it would invest $170m (2.22 billion rand) to expand operations at its Silverton assembly plant in Pretoria to produce the new Everest SUV and increase output of the Ranger.

Hendry told Automotive Logistics such investments were not sufficient to maintain operations at Sentech, however, because they were not based in Port Elizabeth, adding: “The country is in a recession.”

South Africa is currently experiencing a variety of political and economic problems and last year, domestic new car sales fell by 11% there, while exports to the rest of Africa halved.

Argent Industrial – primarily a steel trader and fabricator with interests in the likes of paint making, ready-mixed concrete and property – is putting a brave face on such difficulties. Hendry said the group’s brands would carry on positively, pointing out that its other automotive businesses Excalibur (vehicle accessories) and Allan Maskew (specialised rubber mouldings for earth movers, tankers and other heavy vehicles) were unaffected by Sentech’s imminent closure.

Argent announced the Sentech shutdown in its annual report. The group has set aside 2m rand in stock provisions but conceded it had not provided for the cost of retrenchments or capital losses on equipment.

But it provided a cautious outlook for the current trading environment, referring to the need “to take heed of South Africa’s current macro-economics and the unpredictability of the local political environment and the consequent economic implications”.