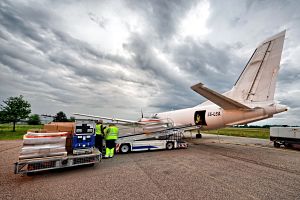 German freight expeditor time:matters has announced a near-doubling in revenue related to the automotive sector in 2016.

The company said it increased overall revenue by 9% in the year to just under €70m. Without providing specific numbers, automotive sector-related revenues were up 92%, high-tech and semiconductor up 47%, and aviation and aerospace up 44%.

The trend has continued, with the company claiming first-quarter growth for 2017 of 35% from a year earlier.

“Therefore, special speed logistics is becoming an integral part of the supply chain, where speed and quality are getting more important,” said Miller.

“Also, production bottlenecks may happen from time to time so having time:matters already integrated in the supply chain means planning an emergency ahead and having the solution already on hand.”

In May last year, the company announced it would be expanding its US operation with the integration of United Airlines into its Sameday 24-hour international delivery network.

The company also incorporated Air France, TAP Portugal, Flybe and Air Malta into its network during the year.

Miller also attributed the growth in revenue to the company’s focus on technology and innovation. Recently, the company launched the On-Board Courier platform called: time:matters airmates, which allows customers to book hand-carry transport in less than a minute.

“We are digitising processes to fasten bookings, to improve quality and to be able to offer lower prices to our customers,” said Miller.

In January, time:matters was named Top Innovator at the Volkswagen Logistics Innovation Day for its emergency logistics concept.