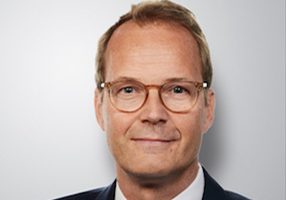 Following an announcement made last year, Tim Scharwath (pictured) has formally taken up his role as CEO of DHL Global Forwarding, Freight, the division of Deutsche Post DHL that handles air, ocean and overland freight forwarding.

He takes over the new role from group CEO Frank Appel, who has been handling it in an interim capacity since the departure of Roger Crook back in 2015.

Scharwath moves from his role as executive vice-president of air logistics at Kuehne and Nagel, his most recent position in a career stretching more than 20 years with the Swiss-based logistics provider. He is credited with helping to have made Kuehne and Nagel the world’s second largest air freight forwarder.

Yngve Ruud took over as executive vice-president of air logistics at Kuehne and Nagel in October last year and Scharwath has been on gardening leave awaiting the start of his new role.

Scharwath will now lead the continued development of the DHL division’s IT renewal and build on its profitable growth. Last year the division reported €287m ($324m) in operating profit.

"We are delighted to welcome Tim Scharwath as the new member of the board of management for DHL Global Forwarding, Freight,” said Appel. “The extensive work of restructuring and improving processes in the division is already paying off, as our results have shown.

“As a real expert in the freight forwarding world, I am certain that Tim is prepared for his new responsibilities and is the right choice to realise the ambitious goals we have for the DHL Global Forwarding, Freight division.”