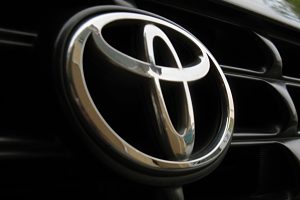 Toyota has beaten Honda to the top spot in the latest update of an index measuring working relations between North American OEMs and their suppliers. It’s the seventh time in a row Toyota has held first position. Nissan was at the opposite end of the ranking, meanwhile.

General Motors, which was tied bottom just two years ago, has recorded another year of improved relations, coming in at number three with 290 points in the latest index. This is the highest level it has achieved in the history of the study.

GM improved in all five of the key areas that comprised the index ranking this year, while Nissan has dropped in all of them.

“While both companies have had significant cost-cutting programmes in place for the last two years, their programmes have had opposite results in terms of supplier relations,” noted Henke.

Nissan’s supplier relations dropped for the third straight year since 2014, at which time it was in third place.

Ford, the only other company to gain in points from the previous year, dropped to fourth with 270 points. Fiat-Chrysler held on to fifth place.

Planning Perspectives says the study is watched carefully by automakers because their supplier relations rating is highly correlated to the benefits they receive from suppliers, including new technology, lower pricing, and better supplier support.

This year, 652 sales people from 108 tier 1 suppliers, representing 64% of the six OEMs’ annual buy, participated in the study. The supplier-respondents represent 40 of the top 50 North American suppliers and 68 of the top 100, according to Planning Perspectives.