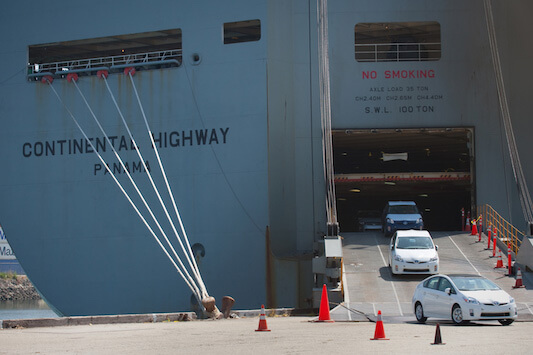 Toyota Logistics Services (TLS) has secured approval from the US port of Long Beach for the redevelopment of its facility at Pier B to make vehicle import processing more efficient.

Construction is expected to begin later this year and should be completed in 18 months. Toyota declined to share any further details on the development, but according to the port of Long Beach, work at the terminal will include construction of one new facility that will bring together separate existing buildings, including offices, a carwash, and vehicle servicing and repair facilities.

“Toyota is one of our oldest customers,” said Port of Long Beach executive director, Mario Cordero. “We’ve grown together during a business partnership that’s almost a half-century old and part of the reason we’ve remained successful is recognising the need to invest in modernisation projects like this to improve our operations.”

TLS is also building a 2.3-megawatt fuel cell power plant and working with Shell Oil Products US on a hydrogen refuelling station at the pier.

“Toyota is demonstrating hydrogen fuel as a viable alternative for fuelling vehicles,” said Port of Long Beach Harbor Commission president, Tracy Egoscue. “The example they are setting at the port of Long Beach should be applauded not only by the goods movement industry, but by everyone who wants a sustainable present and future for our planet.”

The Port of Long Beach Harbor Commission has also approved an $820m on-dock rail facility at Pier B.

“The project will help the port achieve a goal of moving 35% of cargo via on-dock rail while improving local traffic and mitigating pollution,” Cordero told Automotive Logistics earlier this year.