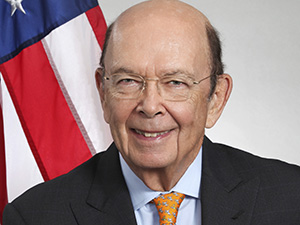 US commerce secretary Wilbur Ross (pictured) has told a Bloomberg Breakaway Summit in New York that some of the concessions made by the country's neighbours under the Trans Pacific Partnership (TPP) agreement would be a 'starting point' in negotiations over the North American Free Trade Agreement (Nafta).

President Donald Trump removed the US from the TPP earlier this year after just a few days in office. It was seen as a blow to other countries which had agreed to the pact, including Mexico, which had hoped to further open up its exports, especially in automotive, to Asian markets.

The proposed TPP trade agreement involved the United States, Canada and Mexico and eight other Pacific Rim countries, including Japan and Vietnam.

Speaking in New York last week, Ross said: "There are some concessions that the Nafta partners made in connection with the proposed TPP. There is no reason to throw those away. We would view those as the starting point."

Ross did not elaborate on which concessions he was referring to but according to the newswire, TPP concessions included Canada offering to compensate dairy farmers in member countries, and Mexico agreeing to labour reforms.

In March, Ross also suggested in a TV interview that there were many changes being sought, including those unrelated to tariffs and the trade imbalance.

“There were roughly 20 chapters to the original Nafta, and there are several chapters that need to be added, because of the digital economy and other things that have developed subsequently. So there are a myriad points of discussion that will come,” said Ross.

“Which ones will bear the most fruit is a little bit premature to discuss, but there is a lot of meat to be dealt with,” he added.