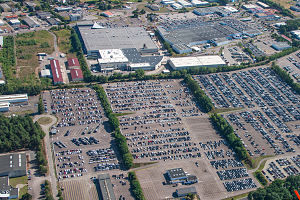 Automotive logistics provider Tradisa has bought the other half of its jointly owned Tramosa business from the Mosolf Group for an undisclosed sum.

The transaction comprised consolidating ownership of Tramosa France, based in Creutzwald, and Tramosa Logistik, based in Saarlouis, Germany.

“The purpose of this transaction is to simplify the network of companies and to speed up decision-making to offer a better service to the client,” said the companies in a joint statement.

Tradisa, originally a distributor in Spain, said the move was another step towards becoming one of the principal logistics operators in Europe. It has a presence in Germany, France, Poland, Romania, Italy, Portugal and Spain, and generated €180m ($190m) of turnover in 2015.

Tramosa provides vehicle logistics services in the French market and generated €45m of revenue in its last financial year.

Tradisa board member Luis Wilhelmi is taking on the role of general manager and president at Tramosa. Former Tramosa president Robert Viruega has retired.

The transaction is expected to complete in the third quarter of calendar 2017.