Trump withdraws from TPP and prepares to renegotiate Nafta 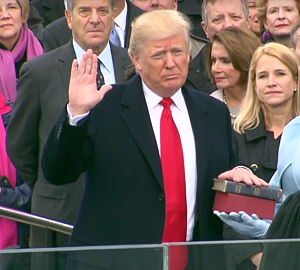 As promised in his election campaign, US president Donald Trump has issued his first executive order by officially withdrawing the US from the Trans Pacific Partnership (TPP) trade deal.

The future of the TPP is now uncertain, with Australian Prime Minister Malcolm Turnbull suggesting China could replace the US but Japan dismissing the idea. It was estimated to cover around 40% of global GDP, but now looks likely to unravel.

That is seen as a blow to other countries which had agreed to the pact, including Mexico, which had hoped to further open up its exports, especially in automotive, to Asian markets.

The Trump administration has also signalled its intention to renegotiate the North American Free Trade Agreement (Nafta) and has already set up meetings with leaders from Canada and Mexico to that end.

Throughout his presidential campaign, Trump criticised some of the US’s trade policies and historical trade agreements, notably Nafta and the pending TPP, saying he would renegotiate or even eliminate them, if elected.

The president said his administration’s intention was to deal directly with individual countries on a one-on-one basis in negotiating future trade deals.

An official statement from the White House said: “This action ushers in a new era of US trade policy in which the Trump Administration will pursue bilateral free trade opportunities with allies around the world, wherever possible, to promote American industry, protect American workers and raise American wages.”

The proposed TPP trade agreement involved the United States, Canada and Mexico and eight other Pacific Rim countries, including Japan and Vietnam.

Lower trade barriers were a key feature of the deal in relation to the automotive industry. The deal would have lowered tariffs on light vehicles across TPP countries, opening up the US market to a number of Asian countries, while also further opening up the Japanese market and Asia to output from North America.

Rules-of-origin focusTPP was also going to usher in changes to rules-of-origin requirements for parts in automotive production, compared to current Nafta rules.

Currently, cars built within Nafta must have at least 62.5% by value of parts sourced within the US, Canada and Mexico to quality for tariff-free trade across the region. TPP would have changed this to 45% within member areas, a point of some contention among the deal’s opponents who predicted low-cost Asian companies could undercut US and North American suppliers.

Mexico had been a strong advocate of strengthening origin requirements for automotive during the TPP negotiations. Originally, the US and Japan had set the limit at 30%, thus opening the way for more content from countries outside the bloc. However, Canada and Mexico led negotiations to increase the requirement to 45%.

Speaking at the Automotive Logistics Mexico conference in January 2016, Ildefonso Guajardo Villarreal, the secretary of the Mexico economy, said Japan had initially refused to negotiate this point but eventually a 45% rule-of-origin figure had been adopted.

“At the end of the day the effort made was very important because it kept integration of North American industry very strong,” he said at the time.

A report in Reuters has quoted unnamed US and Mexican officials as citing rules-of-origin rules as potential areas of change in Nafta negotiations, with the US aiming to increase requirements and potentially mandate higher US content.

The newswire quoted a Mexican official saying that rules of origin would be an important discussion point.

Trump will meet with Mexican president Enrique Pena Nieto at the end of January to begin discussions for the renegotiation of the Nafta agreement. He is also expected to meet soon with the Justin Trudeau, prime minister of Canada, the agreement’s other member.

Guajardo will also be among those officials attending meetings in Washington DC this week.

The region has a highly integrated supply chain, reflected in a recent report by the Center for Automotive Research (CAR).

In 2016, more than half of all light vehicles produced in Mexico were exported to the US, while in 2015, Canada and Mexico ranked respectively as the top two export markets for US automotive parts, at $20bn-plus each.

“With automotive parts and components being two-thirds the value of the finished vehicle, the opportunity to have a best-cost location of this content on the ‘near shore’ in Mexico, rather than truly ‘off-shore’, supports and sustains a competitive automotive industry across North America, in which the United States dominates in terms of vehicle production and parts manufacturing.”

Talking with industryThe heads of the major carmakers in the US also met with Trump this week, with Fiat Chrysler boss, Sergio Marchionne saying afterwards: “I appreciate the president's focus on making the US a great place to do business. We look forward to working with President Trump and members of Congress to strengthen American manufacturing.”

The Dialogue is an organisation through which business leaders on both sides of the border seek to enhance trade and economic collaboration. It acts as a private sector compliment to the government-to-government high-level economic dialogue, which involves the presidents and senior officials from both countries.

In his company’s fourth quarter results announcement this week, Ottensmeyer said: “While we have got some indication of the direction of the new administration through the nomination of most of the key trade policy makers, we still don’t have definitive answers to several questions.

“What we do know is the president’s team has indicated that there will be a process for reshaping America’s trade policies, which could include updating Nafta,” he continued. “The Mexican government has expressed its willingness to begin the process of modernising the agreement as well.”

He also pointed out that 60% of KCS’s cross-border carload volumes were actually southbound export business from the US.

KCS’s largest cross-border commodity group is grain, specifically yellow corn, from the Mid-West to Mexico. Ottensmeyer added that two of the company’s large cross-border business opportunities for the future were also oriented towards exports from the US to Mexico.

For the automotive sector, the company shifts large volumes of vehicle parts and finished vehicles between the two countries.

“I believe that any modification to Nafta can and will be done in a rational way that will likely strengthen North America’s economy and KCS’s future,” said Ottensmeyer.

“Mexico is our neighbour and our third largest trading partner. Our economies and our societies are inextricably connected.”

Mexico's relationship with the US will be among the key issues debated at this year's Automotive Logistics Mexico conference, which takes place from January 31st to February 2nd in Mexico City.