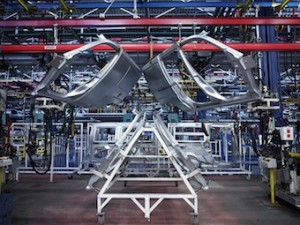 [Updated July 21st] The short-lived military coup that was attempted in Turkey last weekend had only a limited impact on the automotive sector in the country, according to representatives at the carmakers and ports, though how Thursday's declaration of a state of emergency in the country is going to impact business is unclear at this early stage.

Speaking about last week's failed coup, Toyota said it cancelled the first shift at its plant in Sakarya on the morning of Saturday 16th because of the uncertain situation at that time. However, production had been resumed by the second shift in the afternoon and operations have continued as normal since then. A spokesperson for Toyota said output lost during that first shift would be made up through overtime during this week.

Hyundai is also reported to be making up for lost output, though the Korean carmaker did not cancel any production shifts outright.

Ford, meanwhile, said it began production on Sunday evening after its usual weekend shutdown and was monitoring the situation at its plants there, which include its joint venture with Koç Holding – Ford Otosan.

“We are closely following developments in Turkey and working to ensure the safety of Ford Otosan’s employees and their families,” said a spokesperson for the carmaker. “At this point, we do not anticipate any impact on Ford Otosan’s production schedule or our manufacturing facilities in Turkey.”

In terms of the country’s ports, Inchcape Shipping Services (ISS) advised there had been no impact to operations at the Turkish Straits following the attempted coup in Turkey, with all passages taking place as per schedule. However, ISS did report that vessel clearances could not currently be granted at Karadeniz Ereğli, as well as some other anchorage areas including Mersin. It also reported some delays to sailing clearances due to extra security by the authorities. At some ports, sailing permission from the harbour master was being withheld until vessels completed immigration clearance, it added.

This was backed up by Safi Ports, which operates the port of Derince in Turkey. A spokesperson for the port told Automotive Logistics the coup had had no effect on trade at the Turkish ports, including Derince, but admitted that uncertainty amongst certain “nervous” traders had affected some services.

At the nearby Autoport facility, meanwhile, it was business as usual. Trade and customer relations specialist Cenkay Tamer said the failed coup had not affected business and the terminal was operating 24/7 as usual.

Short-sea finished vehicle operator UECC also reported that it had been able to make all scheduled calls. “We are following the situation closely, but business is more or less normal for us,” said its head of sales and marketing, Bjorn Svenningsen. “Our vessels are calling at Autoport every Wednesday, Yenikoy every Thursday and Borusan every Friday. Thus, one of our vessels had just left Borusan last Friday when the unrest started.”

The most recent trouble, including president Erdogan's declared state of emergency in the wake of failed coup, adds to the political turmoil Turkey has been plagued with over recent years, which includes five terrorist attacks this year alone and has highlighted various issues of security and investment.However, while transport and logistics operations were largely unaffected by last week's action in the long run, being in a State of Emergency may have negative effects on the economy. According to Ceren Eker, assistant general manager at Turkish finished vehicle carrier, Ant Lojistik, the exchange rates between the US dollar and the euro has increased by between 3-5% since Friday 15th.

"As our economy is sensitive to fluctuations in exchange rates, this may cause a slowdown in car sales in the domestic market," said Eker. "On the other hand, I personally do not see a threat for any affect with regards to production and logistics routes, including the ports and border gates."

Moreover, there is a concerted effort being made to support the business in Turkey according to Baris Melek, a business development and investment consultant based in Turkey. She said the Turkish government, resident NGOs and trade and industry associations were committed to sustaining democracy and continuing business plans across the country. Acknowledging that Turkey has had room for improvement in its democratic processes, Melek said the country had been closing the gap in recent years in parallel with efforts towards an integration process with the European Union.

“The measures of Central Bank are in effect and communicated to foreign direct investors,” she said. “We are and will be working hard and any risk-averse, short term manoeuvre is not necessary. The investment opportunities, especially in energy, logistics, agriculture and real estate, are more promising then ever.”