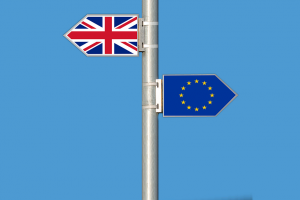 Large numbers of supply chain managers in the UK and mainland Europe are already looking for local firms to work with ahead of Britain’s looming exit from Europe, a survey by the Chartered Institute of Procurement & Supply (CIPS) has shown.

Almost a third (32%) of UK supply chain managers surveyed who work with suppliers on the continent said they were actively looking for alternative suppliers based in the UK, in response to last June’s referendum; while 45% of EU businesses who work with UK suppliers are already in the process of finding local replacements.

“The separation of the UK from Europe is already well underway, even before formal negotiations have begun,” said Gerry Walsh, group CEO of the CIPS.

According to a CIPS spokesperson, a total of 23.8% of respondents in the survey identified themselves as being in manufacturing and engineering, which includes the automotive and aerospace sector.

At the end of March, UK Prime Minister Theresa May officially triggered Article 50 of the Lisbon Treaty, starting the clock on two years of negotiations over the country’s formal exit from the EU.

Theresa May has already indicated that the UK would leave the European single market and customs unions, aiming instead for a wide-ranging free trade agreement that would seek to remove as many custom and tariff barriers as possible. However, the complexities around achieving such a deal in a short time period remain vast – a risk that is likely on the minds of many supply chain managers.

Failure to conclude a trade deal or agree transitional arrangements by the end of this period could result in the imposition of World Trade Organisation tariffs, as well as customs controls, on the movement of goods between the two regions.

“Both European and British businesses will be ready to reroute their supply chains in 2019 if trade negotiations fail and are not wasting time to see what happens,” said Walsh. “Diplomats either side of the table have barely decided on their negotiating principles and already supply chain managers are deep into their preparations for Brexit.”

In a wide-ranging discussion with UK lawmakers in March, Nissan Europe’s head of supply chain, Colin Lawther, warned of the need to increase domestic supply.

In some of the cars built at Nissan’s Sunderland facility, the local content percentage sourced locally in the UK in sterling sits at just 15% according to Lawther. That level leaves the company highly exposed both to fluctuations in currency – including the pound’s drop against major currencies following the vote to leave the EU last June – as well as to any potential tariffs between the UK and EU post-Brexit for parts imported from the continent.

The most pressing current supply chain challenge for UK businesses, according to the survey, has been currency fluctuation, with the pound weakening following last year’s vote, and currently more than 10% lower against the US dollar than it was a year ago.

Court rulingMeanwhile, in a move that could impact any future UK-EU trade deal, the European Court of Justice has this week made a ruling understood to have confirmed the European Commission’s primary role in negotiating trade deals.

The ruling was made in a case regarding a trade deal between Singapore and the EU, after the Commission requested clarity from the court on its authority and powers to negotiate trade deals without ratification by regional parliaments in the EU.

Allie Renison, head of EU and trade policy at the Institute of Directors, said that while the court had confirmed member states did have a role over aspects of investment, it parted with the Advocate General’s opinion on a number of important policy areas such as transport, labour and environmental standards.

This, she said, would be likely to make it easier for the EU to conclude trade deals without fear of as many hold-ups from national and sub-national legislatures.

“This may mean a separation between trade and investment in future agreements. How this affects Brexit negotiations will depend on whether the final trade agreement includes investment provisions or not, although neither the UK nor EU has expressed much interest in this to date,” she commented.

“It’s important to remember that any eventual UK-EU trade agreement would not be about opening up each other’s markets in controversial areas, but trying to limit the amount of disruption to trade, and so it is unlikely to encounter the same resistance from other EU countries once concluded by the Commission,” added Renison.