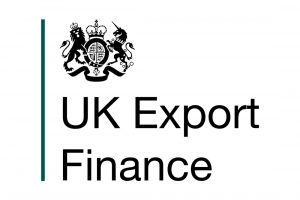 The UK’s Department for International Trade (DIT) has said it will provide government-backed financial support to supply chain companies involved in exporting goods from the country, including those from the automotive sector.

The trade department said those banks would be able to provide export-related trade finance, such as working capital loans and bonds required by overseas buyers, to support SME customers directly. UKEF will make trade finance support available to direct suppliers supporting UK exporters. In its business plan for 2017-2020, UKEF has identified 13 core sectors as part of the government’s export drive, one of which is automotive.

UKEF’s annual report and accounts for 2016/17 show that it provided £3 billion ($3.9 billion) of support during the year – a 60% increase on 2015/16 – for exports to 63 countries, with 79% of the UK exporters benefitting from this support being small and medium-sized enterprises.

The government announced last week that as a result of the arrangement, smaller companies that support big UK exporters would be able to secure government-backed financing to deliver products and services for the benefit of their customers’ international business.

“The industry is committed to making it easier for UK exporters to access finance and UK Finance has worked closely with lenders and UKEF to make this process simpler,” said Jeff Longhurst, head of commercial at banking trade association, UK Finance. “With nearly 70% of international SMEs planning to grow in the next 12 months, today’s announcement is a boost for both SMEs and the wider economy, helping support businesses across the country.”

The move comes at a time when the future of the UK’s export trade remains uncertain as the country negotiates to leave the EU.

The EU is the UK’s biggest single trading partner and the automotive sector is particularly reliant on it for both export sales and imports of key components in the production process.

According to the Office for National Statistics (ONS), the EU accounted for 42% of UK car exports and 88% of imports in 2016. The ONS has said that if the UK and EU were to trade under WTO rules, cars would face a 10% tariff.

As the second round of negotiations over Brexit got underway this week, the Freight Transport Association (FTA) said negotiators on both sides had to move onto issues such as trade, transport and customs, to avoid a ‘cliff-edge’.

“We must urgently start discussing concrete solutions to ensure that trade movements are not impeded,” said Paul Bastidon, FTA’s head of European policy.