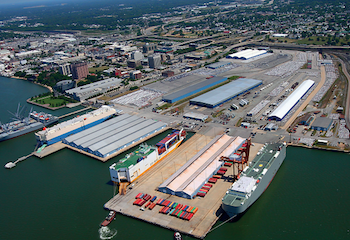 US Auto Parts Network has stopped importing automotive grilles after the country’s customs service held a shipment, which was allegedly counterfeit and infringed the original automobile manufacturers’ trademarks.

“This will reduce both revenue and gross margins over the near term as our entire grille category accounts for approximately 3% of total revenue,” the California-based company said, while reporting its second-quarter (Q2) financial results. Net sales revenue was $77m (€67.5m), a 4.0% decrease on the year-ago period.

Though the seized automotive grilles account for less than 1% of revenue, customs also held around 200 of US Auto Parts’ shipping containers, which carried many other products and “did not release the containers in an expeditious timeframe,” the company added.

“As a result, we had significantly lower in-stock rates for both private label and branded products, as well as higher port and carrier fees associated with the unreleased product, and increased legal costs associated with the product seizures and the bonding litigation,” the company said, adding it also had lower sales and gross margins as well as higher operating expenses.

After the seizure at the port of Norfolk, Virginia, US Auto Parts filed a lawsuit with the country’s Court of International Trade against the department of homeland security, which administers the customs service. The action sought relief from an enhanced bonding requirement imposed by customs.

Towards the end of May the court granted the company a preliminary injunction and ordered customs not to enforce any enhanced bonding requirement. The court also told customs to process all of the company’s import products not implicated by the alleged trademark infringementsin a timely manner. All containers held up at the port of Norfolk were released to US Auto Parts by the end of July, the company said.

It added the customs problems were a contributory factor to its $500,000 net loss in Q2, compared with a $1m net profit in the year-ago period, after a $25.9m tax gain was stripped away.

US Auto Parts said the other underlying cause for its net loss was “a continued decline in e-commerce traffic.”

To counter that, the company is updating its websites and expanding marketplace partnerships. “We are in the process of enhancing our marketing capabilities through consulting engagements and leadership changes, with the goal of reversing the traffic trends on our e-commerce sites.

“We also recently signed an agreement with a major global retailer to begin selling our branded and private label products through their online marketplace. This expansive marketplace presents a tremendous opportunity for us to sell automotive products to a large, new customer base,” management said.

US Auto Parts now expects net sales will decrease by the low single digits this year compared with a previous forecast of low single-digit growth because of reduced online sales and the customs problems.