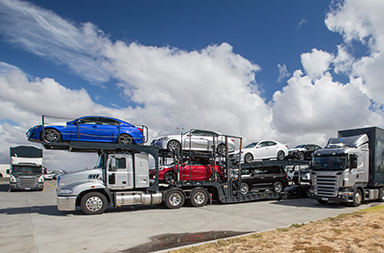 Norwegian transport and logistics provider, Wallenius Wilhelmsen Logistics (WWL), has confirmed it will sell its inland transport and technical service business in Australia to local finished vehicle logistics services provider Prixcar, in exchange for a 20% share in that company.

WWL would not confirm what that share of Prixcar was worth. The transaction, which is subject to regulatory approval in Australia, is expected to close in the first quarter of 2018.

After taking on the WWL Australia business, Prixcar will have an annual turnover in excess of A$250m ($190m) and more than 1,000 employees.

"This transaction and our new partnership with the Prixcar Group will increase the scale and geographic reach of our land-based activities in Australia, providing our customers with an enhanced product," said Craig Jasienski, president and CEO of WWL ASA.

"We are now part of a much bigger business with significant logistics assets," added a spokesperson for WWL. "WWL remains invested in this business to create a stronger enterprise, an industry leading offering to customers and to build superior shareholder returns."

The transaction does not include WWL’s terminal business, which includes the Melbourne International Ro-Ro Automotive Terminal (Mirrat) at Webb Dock West.

WWL Australia handles high-and-heavy shipments in the country, including construction and agricultural equipment, a sector that Prixcar already has an interest in. WWL hauls commercial vehicles for Fuso, Hino and UD Trucks (a subsidiary of Volvo Group).

Prixcar provides a range of logistics services to carmakers, importers and distributors in Australia including interstate transport, processing, storage, body shop repairs, commissioning and project management. The company said the latest deal strengthened its position as a supplier to the automotive, heavy truck, rolling equipment and machinery segment in Australia.