WWL takes a Keen interest in US high and heavy market 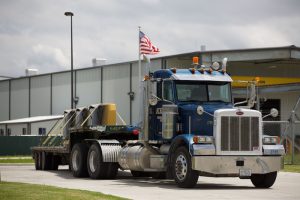 With a revenue in 2016 of $82m, Keen operates 14 high and heavy equipment processing centres (EPCs) in the US along with a trucking fleet supporting 20 customers. As well as transport services, it provides load consolidation, equipment modification and value-added services.

WWL already provides services for heavy equipment at EPCs in the US, including at its facility at the port of Galveston where it offers services for technical processing, preparation and storage on a 40-acre site.

"With Keen as part of our group, we will become the clear market leader in the US high and heavy equipment processing space, positioning ourselves for the forecasted growth in this segment," said Craig Jasienski, president and CEO of WWL ASA.

In its third quarter results, WWL said that high-and-heavy shipments from Asia to the US had grown by more than 115,000 CBMs. The company said in general there was a quarter-on-quarter increase in tonnage between Asia and North America.

In other news, WWL’s Abnormal Load Service (ALS) has opened a fourth office in Italy. Complementing existing offices in Noventa Vicentina and Este, which handle oversized construction equipment and spare parts, the new Marghera office will work in all areas of shipping and transportation, focusing on heavy lift and project cargo, said the company.