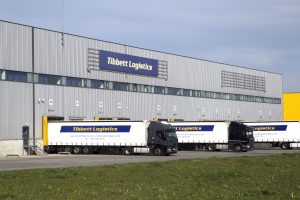 Tibbett Logistics provides contract logistics, warehousing, transport and intermodal services in Romania and neighbouring countries in south-east Europe for a range of sectors. It has a strong presence in the automotive sector, particularly since Keswick established the business on a stronger footing in 2010, following an initial foray into it five years earlier.

The business has 15 locations across Romania and controls over 116,000 sq.m of warehousing. It also manages the Bucharest International Rail Freight Container Terminal (BIRFT).

On completion of the deal, Tibbett Logistics will become a wholly-owned subsidiary of Yusen Logistics Europe. All employees will move across on existing terms and conditions, while remaining in the same locations.

David Goldsborough will continue as Tibbett Logistics' CEO and John Harvey, executive chairman of Keswick Enterprises Group, will have an advisory role with Yusen Logistics, continuing his involvement in Tibbett Logistics' developments in Romania.

“We believe the sale is in the best interests of all stakeholders – Tibbett Logistics' customers, suppliers, management and personnel, as well as Keswick's shareholders and associated charities,” said Harvey. “It represents an excellent fit in terms of skills, sectors, services and geography.”

The buyout gives Yusen access to a regional network in a country in which it does not currently have a footprint, but which features a growing automotive business. Tibbett Logistics counts Dräxlmaier, Honeywell Garrett and Sumitomo Electric Wiring Systems among its automotive customers.

“We are very pleased to reach this milestone agreement that provides us with both critical mass and insight in the Romanian market,” said Shoji Murakami, chief regional officer, Yusen Logistics Europe. “These advantages will give Yusen Logistics the right tools to increase our activities and to optimally serve our customers in this key region.”

Romania is growing as a centre of automotive activity, both in terms of assembly plants locating there and as a supplier base for factories around Europe and beyond. The automotive market there has been growing by an average of 18% year-on-year since 2009, according to the government’s investment body, InvestRomania.

Home-grown carmaker Dacia, now owned by Renault Group, has been making cars there since 1966 and its plant in Mioveni is the biggest plant in the Renault group. Ford has been assembling cars at a facility in Craiova since 2009, meanwhile, and recently added the Ford EcoSport to its production line following a €200m ($235m) investment.

Meanwhile, Daimler’s subsidiary in Romania, Star Assembly, is making the 9G-Tronic automatic transmission at its facility in Sebes for overseas plants, such as those at Tuscaloosa (USA), Beijing (China) and East London (South Africa).

In addition, there are over 600 suppliers to the automotive industry based in the country.