Brazil is slowing down to take stock

The Brazilian automotive sector has seen stalling production and sales following a stagnant economy and the end of tax breaks. Logistics companies are trying to combat the slowdown and find growth 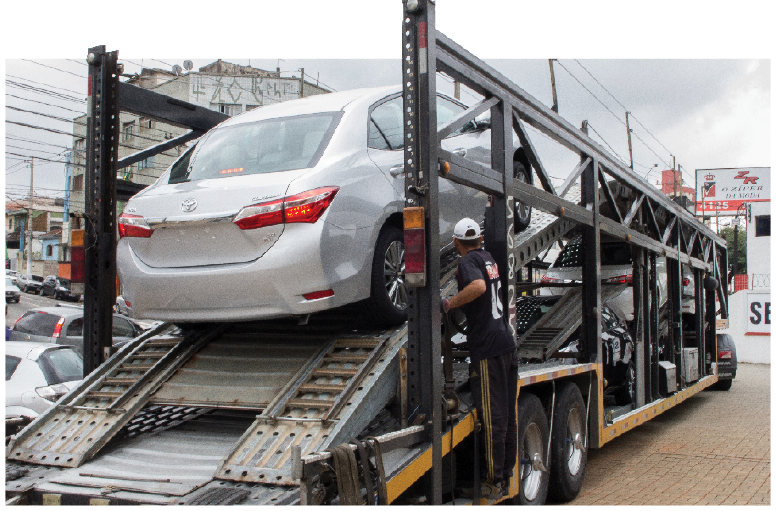 Following several years of boom time over much of the past decade, Brazil’s automotive supply chain players are now learning to live in leaner times. The Brazilian vehicle manufacturers association (Anfavea) reported that production tumbled 17% to 1.57m units in the first six months of this year compared to the same period last year, hurt by weak sales and a plunge in exports by 35% in the same period.

Meanwhile, the economy fell into recession during the second quarter. Inflation remains stubbornly high at about 6%, leading the central bank to maintain high interest rates. With the end of tax breaks for new vehicles, the outlook for sales is decidedly gloomy.

Vinicius Falcão, business development director for automotive and industry at Ceva Logistics, which has extensive automotive operations for inbound and plant logistics in the country, as well as aftermarket distribution, says the entire supply chain linked to production is impacted by lower cargo transport and a reduction in all activities related to manufacturing support. “If an OEM cuts a production shift and we operate the plant material handling, we follow the OEM’s strategy,” he says.

Tegma Gestão Logística, a major finished vehicle logistics provider that also moves parts, is experiencing a difficult economic climate with the drop in sales and production, according to Fábio d’Ávila Carvalho, who became the company’s chief executive officer earlier this year. Along with the economy, Carvalho says labour regulations are a big challenge to the company’s automotive operations. He points to a growing trend of job formalisation and registration in the logistics sector that is forcing professionals to move into larger companies. Government measures that require greater control and compliance have especially caused difficulties for smaller companies, he claims, while favouring the larger players that have the capacity to deal with such changes.

"[After the election] we do not expect to see a change in economic policies or the already-announced investments, which are the biggest issues that the logistics sector will face" - Vinicius Falcão, Ceva LogisticsRegulations, taxes and other issues will be at the fore this autumn in Brazil’s presidential elections, with opposition candidates battling against the incumbent Dilma Rousseff, whose party has been in government for 12 years. At the time of writing, polls looked as though Rousseff could be defeated by her socialist challenger, Marina Silva, but the election was far from decided. Either way, the automotive sector is a bedrock of the country’s industrial base and remains an important battleground for the candidates.

Ceva’s Falcão anticipates some investment delays that will depend on the outcome of the presidential elections. For the most part, however, industry participants are expecting a neutral impact, no matter who is eventually elected. Ignacio Garat, managing director of TNT Brazil, is one who doesn’t anticipate a great alteration. “We do not expect to see a change in economic policies or the already-announced [OEM] investments, which are the biggest issues that the logistics sector will face in the country,” he says.

Regardless of the outcome, reviving the wider economy will be part of the winner’s mandate. “Whoever wins the election will need to spur growth in the coming year and this will be important for the sector,” says André Bortolotto, Gefco’s director of vehicle logistics.

A tough, potholed road ahead 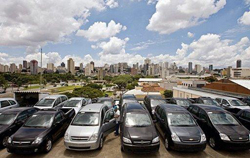 Although in some ways a bigger problem in times of growth, Brazil’s ageing infrastructure is another continuing drag on the automotive supply chain that is also certain to be a hot topic for whichever government is in power. TNT’s Garat points to markedly higher logistics costs in Brazil compared to the US. He also says that investment in logistics in Brazil equals 0.6% of GDP, while such investment reaches almost 8% in the US.

Falcão also sees infrastructure deficits as Ceva’s biggest issue in the country. However, as there are a lot of infrastructure programmes happening in Brazil, he expects the overall scenario to improve.

Garat agrees, pointing to government infrastructure investments of more than R55.2 billion ($24.6 billion) in road and airport networks. These investments help transport and logistics companies by developing regions that were otherwise harder to reach. Such projects should also help diminish the costs for fleet maintenance and delivery time, he says.

“Although we may have some cost increases due to tolls and other charges, we expect much higher productivity and competitiveness from such projects,” Garat adds. “The trade-off for any cost increase is the better utilisation of the assets involved in the operation.”

Gefco’s Bortolotto warns that the situation has not improved much regarding Brazil’s logistics problems, except that weaker economic growth has eased pressure on crowded ports and roads. “We must adapt to the new context, but the expectation is for a recovery in the coming years,” Bortolotto says.

Rodrigo Palmieri, Delphi South America’s integrated supply chain director, says the it is already suffering from the downturn. With smaller volumes, the tier one’s operations for both local and imported items needed to be revised to ensure the same minimal level of logistics efficiency as before. “We have tried to tackle this scenario within our limits,” he says.

According to Palmieri, it was difficult to avoid a fall in efficiency. Delphi has machines and labour-intensive operations that can become idle, as well as a whole chain of suppliers who suffer the same problems. “We needed to align with the current business needs,” he said.

Regarding collections, Delphi works with milkruns that are defined by its key suppliers and based mainly on volumes and frequencies. Delphi also has suppliers that deliver directly to its plants, depending on the volume or trade agreements. For deliveries, the reverse process occurs and most carmakers proceed in the same way, with suppliers controlling most of the logistics. Palmieri adds that this does not apply to the aftermarket, where Delphi manages the delivery to end customers in Brazil.

TNT handles all of Delphi’s aftermarket outbound deliveries, while Expeditors and Panalpina handle all of the imported material inbound activities. Meanwhile, local carriers Pitura and Covre manage its domestic inbound. 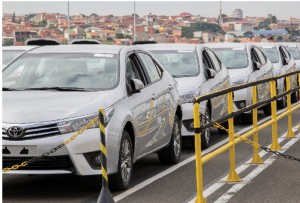 Despite the difficult economy and poor automotive results, some logistics providers have seen positive developments for automotive. Investment in the sector remains strong, and new automotive plants are coming on line, with Toyota, Hyundai and Nissan having recently launched factories in Brazil.

According to Eduardo Rodrigues, DHL Global Forwarding Brazil’s director of sales and markets, bigger investments will be seen in 2015 and 2016 with the expectation of Fiat, BMW, Mercedes-Benz, Jaguar Land Rover and Honda opening plants. Other carmakers and tier suppliers will be opening powertrain and component plants. “It is very promising because we know that there’s a market to be tapped and when the new factories are at full production capacity, the volumes moved will be quite significant. This will be a positive scenario for us,” says Rodrigues.

TNT Brazil, for one, has outperformed the sector, with automotive revenues in Brazil at 15.4% higher in the first half of this year compared to the same period in 2013. This can be attributed to new services, the implementation of a new dedicated automotive hub and contract wins, says Garat. 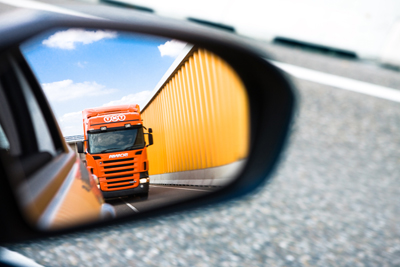 TNT Brazil recently launched a daily connection with Europe that includes full customs clearance. In the domestic market, it has also been opening and expanding depots to so-called ‘frontier regions’ such as in the northeast of Brazil in cities such as Fortaleza, Natal, Recife and Maceio. According to Garat, such regions are showing higher GDP growth than the rest of the country. The average size of the new depots ranges from 3,500-5,000 sq.m, and they are equipped with extra pallet racks for future expansion.

DHL Global Forwarding is also increasing its footprint and strengthening operations in the northeast as well as the south of Brazil. DHL recently opened branches in Recife in Pernambuco state and Caxias do Sul in Rio Grande do Sul state, and it plans to continue investing in these regions, says Rodrigues. Last year the company launched an air service and sea domestic freight cabotage.

"We know that there’s a market to be tapped and when the new factories are at full production capacity, the volumes moved will be quite significant" - Eduardo Rodrigues, DHL Global Forwarding Brazil

The company offers complete logistics solutions integrated with port terminals, serving the needs of clients from ports and distribution centres, including for Mercedes-Benz and tier one supplier Schaeffler. It operates two distribution centres in São Bernardo do Campo in the São Paulo metropolitan area, as well as two logistics and industrial customs centres in Santos and Guaruja cities, receiving import and export loads. 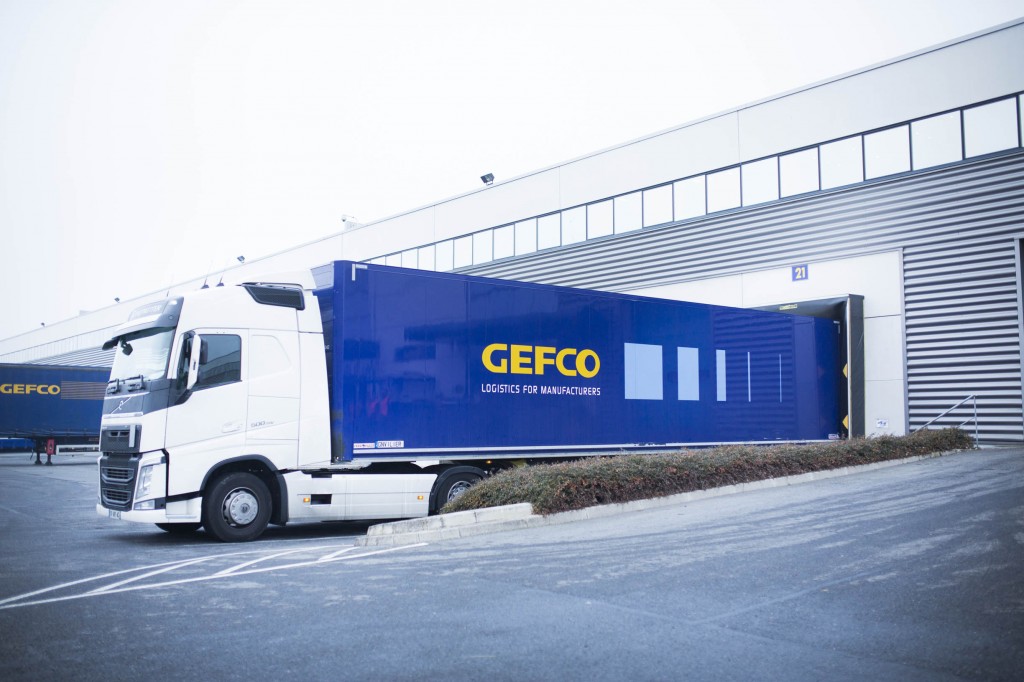 Gefco, which is responsible for both imported vehicles and distribution in Brazil, especially for PSA Peugeot Citroën, has also maintained its planned investments over the past year to attract customers and develop new areas, says Bortolotto. The goal is for double-digit growth in 2014, with particular focus on IT tools, especially for clients that produce agricultural machinery, trucks and construction machinery, along with automotive, he says.

Gefco receives vehicles imported from Argentina and Europe at PSA’s Porto Real plant in Rio de Janeiro. Vehicles from Europe are received at ports, adapted to the local market and then made available for sales from Porto Real’s distribution centre. Meanwhile, vehicles from Argentina use maritime and road transport.

Bortolotto’s expectation is that the market will recover and that Gefco must be prepared to support this growth with quality services at the best possible cost. “Our investments have given the company the support it needs to grow annually,” Bortolotto says.

Whether for logistics providers or manufacturers, the current slowdown might well be used as an opportunity to prepare for expansion, especially since manufacturers continue to build new plants. Logistics managers have the uneasy task of adjusting their networks to handle the current decline while remaining prepared to compete in the next upturn. Those that do not react properly to either will find their companies in trouble.