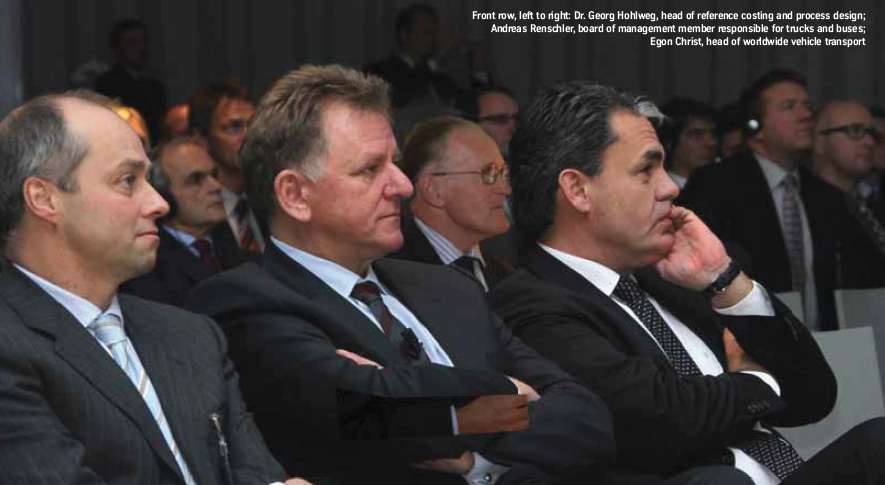 The line between when a car damaged in transport should be repaired or scrapped is often blurry, depending on region and OEM. Tony Danby discusses the approaches to dealing with and preventing such damage.

Damage is impossible to avoid and OEMs and then insurers need to decide whether a car must be destroyed or repaired. Although most OEMs have global practices and put safety standards first, industry experts say that different standards prevail between manufacturers and countries, leading to confusion for logistics companies and insurers. Experts in the automotive sector told Finished Vehicle Logistics that some OEMs will push the boundaries regarding which damaged vehicles need to be scrapped or can be sold at lower standards. And OEMs tap a wide range of often varying criteria to decide whether damage such as dents to panels justify crushing the vehicle or repainting the car. But within the automotive sector, all OEMs agree that the prime consideration is safety for the driver and other road users. Regulations from the US and Europe through to Latin America aim to protect the consumer from unwittingly buying damaged cars and to ensure the maximum level of safety is guaranteed. “Safety is always the underlining goal for manufacturers,” says Tim J Doonan, of Tokio Marine Claims Services.

US routinely classifies damage
In the US, most manufacturers from Toyota to Fiat apply a regular classification of whether cars can be sold after being damaged from a light scratch through to a crash. Doonan says that essentially three categories are used by OEMs to determine whether cars can be sold or scrapped. Class one accounts for damage within a rough range of between $100 and $1,000, such as a light scratch or a minor dent. This damage can be repaired and cars can be sold as new. The second category includes cosmetic types of damage at around $1,000 or above that force the OEM to sell the car at auction or as a used car. Although these cars require a slightly lower standard of care than brand new versions, O’Doonan says they still need to be fully repaired and totally safe. He explains that cars in class three can’t be sold because they have sustained structural damage or have safety issues. Although damage such as a dented roof or windscreen pillar could be repaired by a private car owner, the OEMs are unable to shoulder the risk. If a defect appears or an accident occurs, the OEMs can face severe legal liability so they need to steer clear of any possible risk, Doonan says.

Rules of destruction
Indeed, to ensure high standards are upheld, insurance companies such as Tokyo Marine deploy strict processes to 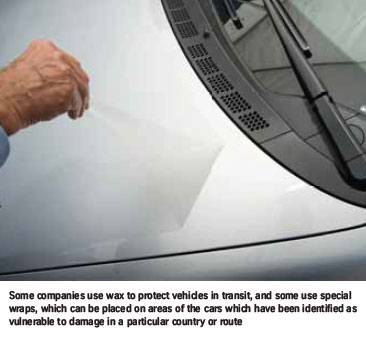 ensure that cars are destroyed. For severely damaged cars, Tokyo Marine ensures that plans are made to remove fluids from the vehicle that could cause environmental damage. Finally, the insurer provides photographic evidence and certificates to confirm that the damaged car was crushed or shredded.

Across the border in Mexico, Doonan, who also works with the Tokyo Marine’s offices in Mexico and South America, says that although private garages can fix anything, the OEMs and dealers are generally reluctant to repair and sell cars at a discount. In Mexico, the car manufacturers often jump from class one–for a small amount of damage–to class three. As Mexico’s pool of potential customers for brand new cars is relatively restricted compared to the US, the OEMs want to ensure that these customers pay for new cars. As a result, auctions are uncommon, he says.

Mishmash of guidelines
Most major global manufacturers such as GM, Toyota and Fiat have implemented standardised guidelines whether in California or China. Johnny Saldanha, responsible for the supply chain and logistics for GM in a wide range of emerging markets, says that the company has clear rules that need to be applied, whatever the location.

Speaking from China, Saldanha says that although damaged cars can be repaired and sold at a lower cost, there is a sharp cut-off point if the damage is serious. For instance, a small scratch can be repaired, but if substantial damage hurts the vehicle’s quality, then you must scrap the car, he says. Saldanha, who is responsible for GM’s purchasing and supply chain in Russia, the CIS, Asia Pacific, the Middle East and Africa, reiterates that the main issue is safety. “If a car is structurally damaged, then we scrap it,” he says. But he downplays the issue of selecting between destroying or fixing a car. “I’ve only seen only a few cases of cars being completely destroyed, such as by water seepage on a vessel. But it’s not a major concern, because usually the LSPs do a good job transporting the cars,” he says.

But, even though most OEMs apply their own particular criteria to select whether to sell or scrap, the difference can vary between companies and countries. An executive at a major OEM, who didn’t want to be named, says that the issue is “emotive”. In Europe, vehicle makers use a wide variation in standards to decide whether to fix a car or destroy it, he says. “We follow strict company-wide criteria from the OEM’s head office that can force the carmaker to scrap a car when other manufacturers would opt to repair it,” he says. “We sometimes lose a vehicle that other companies would keep.”

Likewise in Brazil, Mauricélio Gomes Faria says that company-wide guidelines are in place. Faria, who is responsible for logistics in South America, says that if a vehicle is damaged while being trucked to its destination, then the car needs to be returned to the factory. Fiat will then decide what step to take by applying clear company-wide rules. But although the rules are uniform, attention will be given to specific local legal requirements. Indeed, no single industry-wide method prevails. Matt Holmes of Pound Gates says a wide range of standards exist about whether a car can be sold as new, substandard or needs to be scrapped.

It is surprisingly often not related to the brand or the type of car, he says. For instance, some expensive up-market brand names have lower standards than carmakers of cheaper models or less-known brands, Holmes explains. The situation varies from brand-to-brand and from country-to-country. “It’s very confusing,” he says.

For instance, Holmes says that some OEMs might scrap a car if the damage is 35% of the wholesale value, while others may only scrap the vehicle at levels of up to 70%. Others may assess the level of damage to welded items or the amount of repainting that is needed, he says.

Moreover, Holmes says that standardisation is also difficult because OEMs don’t want to be tied to other manufacturers’rules. On the other hand, for many LSPs, standardised guidelines are easier to follow. While one OEM might say a certain level of damage can be repaired, others scrap the car. It can put the LSPs in an uncertain position, Holmes explains. Holme’s colleague Mark Morgan says that brand image is the main driving force to reduce the number of vehicles that are damaged and need to be sold at a reduced price or written off. Any damage can cause a delay to the delivery of the car to the customer, he says. This therefore impacts the brand promise to deliver on time, he adds.

In Morgan’s opinion, the decision-making process is also complicated by ground-breaking technology or techniques that enable cars to be easily fixed. With methods such as panel beating or smart repair techniques to remove minor dents and dings, the cost of fixing a car doesn’t need to be high. Nowadays, vehicles can be repaired to ever-higher standards and cheaply, Morgan says. “Cars can be brought back from the dead,” he says.

The executives at Pound Gates urge that specialist companies can help OEMs to define clear rules and best practices in the industry. Documentation that shows all of the steps in the decision-making process can help to determine whether repainting or scrapping is required. Pound Gates can also provide an industry-wide reference for what is above or below normal for scrapping cars, Holmes explains.

In terms of inspections, Doonan says Tokio Marine outsources its pre-delivery inspection (PDI) as its customers use many ports. Having services and facilities for each OEM at each port would therefore be difficult, he says. In the US and abroad, PDI facilities usually provide optimal lighting in a tunnel to inspect the vehicles. After a thorough check, the cars are approved or sent to the body shop for repair. Some PDIs can provide services such as installing additional items or equipment such as tow bars or roof-rack attachments. This can even be customised for local needs such as tinted glass in sunny California, Doonan says.

In the case of GM, Saldanha says that the carmaker follows standard processes as soon as the vehicle leaves the plant. GM’s staff immediately undertake a PDI to check that the car is undamaged and free of scratches and dents. Then, in the yard, third-party companies do another inspection to double check that no knocks have occurred. Most inspections are done under good lighting and the car is checked inside and outside, Saldanha says.

To prevent damage GM has a host of measures. For instance, its team wax vehicles and cover vulnerable parts of the car–such as back and front bumpers–with plastic wrapping to avoid scratches. All of the cars are carefully monitored and GM discusses with the LSPs and shippers if incidents of damage rise above specific targets, Saldanha says. Although transporting cars in developing countries such as in Latin America, China or South Africa brings challenges such as difficult infrastructure, damage levels aren’t a major concern, Saldanha says. But precautions are necessary on a case-by-case basis. For instance, Saldanha says that GM experienced some car roofs getting scratched in India by low-hanging tree branches. So to avoid this damage, GM now covers the roof or applies protective tape to the car, he says. In Europe, Gary Wall says Toyota recently saw a jump in damage to cars being shipped to Russia via a Swedish port. Investigation showed that the model mix in the yard–which contained large four-wheel drive vehicles and many darkcoloured models–was prone to damage. For example, Wall’s team discovered that even when employees were wearing the correct heavy-winter clothing, because of tight spacing between the large cars in the yard, even a jacket with an exposed zipper could lead to scratches, he says.

On visits to port operations around Europe, Wall also recalls that, while the stevedores themselves had suitable clothes and workwear, sometimes managers such as foremen and supervisors were wearing unsuitably large rings, heavy watches, or uncovered belts. Toyota now stresses that everybody involved in vessel operations from stevedores to management should have the appropriate workwear.

Moreover, new types of clothing are being tested in several ports that use Velcro instead of the regular zippers. “This will be more car friendly,” Wall says.

The challenge grows at Toyota
Toyota this year expects to meet a target damage ratio of 0.72% for hundreds of thousands of cars transported across Europe. Although the plan is for this target to be improved each year, Wall says that this gets harder each year because of new routes, the mode of transport used and the model mix. One example, a major challenge for Toyota, is transporting vehicles by open rail in Poland. Closed wagons are not used because of low availability and high cost. But the use of open wagons can result in higher levels of damage from vandalism such as stone throwing, or even construction materials travelling on the next rail in the opposite direction, resulting in loose chippings scratching the paintwork of the cars. Toyota is therefore studying (where possible) the use of semi-open wagons with protective sides that help to provide more protection, he says. Although many of these precautions aren’t rocket science, they are essential to meet stringent targets related to damage prevention, Wall says.