DHL in the UK: staying ahead of automotive change 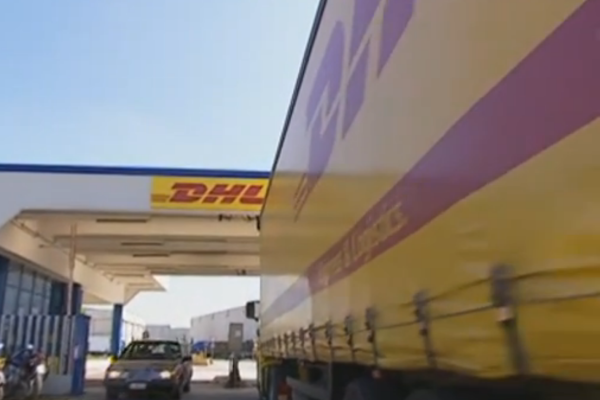 Despite uncertainty surrounding the UK’s departure from the EU, planned investments in new models and manufacturing should keep the country’s vehicle production networks competitive and growing.

Overall investment has fallen since the ‘Brexit’ vote last June, but volume has, at least until very recently, grown strongly. Light vehicle sales reached record levels in 2016 in the UK at around 3m units, while production was the highest this century at close to 1.7m. According to data from the Society of Motor Manufacturers and Traders, the first quarter of 2017 has seen strong growth in output, with car production at 471,695 – a 7.6% increase from a year earlier. The growth has been driven largely driven by exports (up 11.5%), especially to the rest of Europe, even while the domestic UK market is expected to decline this year.

At this rate, production could move towards an all-time high of 2m vehicles in the coming years – although analysts are unsure of the extent to which a potential ‘hard Brexit’, including the imposition of tariffs and customs clearance between the UK and Europe, would impact demand.

DHL Supply Chain is one of the country’s largest logistics players in the automotive sector, with services across numerous tier ones and carmakers that touch nearly every part of the supply chain. Perhaps most notably, for nearly a decade it has served as the comprehensive lead logistics provider for Jaguar Land Rover, responsible for much of its inbound supply chain from Europe and the UK to its three British vehicle assembly plants.

DHL has been expanding its network to meet strong automotive demand from JLR and others. In November last year, in the midst of several OEM investment announcements, DHL Supply Chain opened a new 13,000 sq.m shared-user facility in Fradley Park, doubling its warehouse capacity in the Midlands region. It is expected to meet capacity requirements for suppliers and manufacturers for the next 5-10 years.

The new site, which included a £10m ($12.5m) property investment, supports four major OEMs with direct UK and EU plant deliveries and an another ten tier one suppliers. A fleet of 71 new Euro 6 trucks has also been introduced into its network in support of the investment.

“That network really is the backbone of our shared-user transport collection service and from that location we are effectively doing inbound collection of tier suppliers’ [sta_anchor id="1"]automotive parts, crossdocking those parts and delivering them on to a final point of consumption,” says Martin Dougherty, vice-president of DHL Supply Chain in the UK.

Fradley Park is also a crossdock for mainland Europe-destined parts, inbound and outbound. “If we have clients that are supporting manufacturing down in Germany or Spain, a lot of the UK original parts are collected and distributed from that location,” says Dougherty.

A new networkThe investment followed the expansion of one, unnamed OEM, which, together with other growth, required DHL to grow beyond its traditional base at Hams Hall, near Birmingham.

“There was an uplift in [that carmaker’s] activity but also an uplift in the general business activity that we had been picking up, so we felt it was justified to have a new facility,” comments Dougherty. 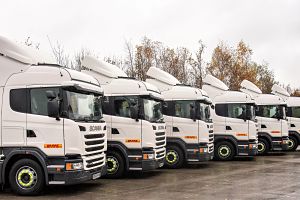 The Fradley Park site is well-suited to crossdocking and has plenty of yard space, allowing DHL to hold part-full goods vehicles until better utilisation can be achieved.

The crossdock at Hams Hall is now used for just a single OEM (which Dougherty also declines to specify) while there remains a shared-user facility at a separate building for tier one suppliers.

Dougherty admits that Fradley Park’s location is not as ideal as maintaining its footprint near Hams Hall (30km away), but explains: “The reality of it, with regards to speculative developers in the Midlands area, is that you don’t tend to get that kind of footprint with large yard areas, just because the cost of real estate is prohibitive.”

DHL has also put significant investment into converting the ground around the facility into yard space, allowing it to hold 150 trailers at any given time.

Fradley Park’s aesthetics are also more suited to crossdocking, he adds, with a more ‘flow-through’ layout, that facilitates the passage of goods coming in on one side and moving out of the other. It is also a relatively low-rise building, for a warehouse.

One of DHL Supply Chain’s main goals in all this has been to increase truck utilisation. “The greater cube utilisation we can achieve, the less the [total] mileage we are going to be running,” he says.

Traditionally, less-than-truckload activity might involve vehicles only being filled to 35-45% of capacity. “If we can move that up towards 60-65% on a shared-user basis, that is a pretty good efficiency, bearing in mind you are not going to have a commonality of packaging,” he says.

Customisation pressuresDHL Supply Chain has also had its eye on the modern day structure of car plants, he explains, many of which have designed parts supply and flow, including shifting tier suppliers outside of the build hall.

“Those tier suppliers have been moved off site for the simple reason of creating additional manufacturing capacity,” says Dougherty.

Production complexity has also increased, with multiple models produced per line and rising levels of customisation, with some cars now available in thousands of different configurations to customers.

This customisation can play an important part in supply chain design. One of DHL’s facilities in Sterling Park near Solihull, for example, provides logistics services involving unique wiring systems, which are configured and picked for each individual customer’s vehicle prior to even getting to the plant (Solihull is the site of one of JLR’s plants).

[related_topics align="right" border="yes"]“If you think back to the 1970s or 1980s, if you bought a car, most of the wiring systems in that car would be behind the dashboard, ready to upgrade it from a base model; whereas nowadays, you see a much higher level of customisation at the point of manufacture [of those wiring systems],” says Dougherty.

[sta_anchor id="2"]For the supply chain, this increased customisation means more upstream visibility is required, while kitting and sequencing is taking place much later in the production process and nearer to final assembly.

“The key thing that comes into it from a DHL perspective is the IT systems that support the upstream supply chain visibility,” says Dougherty.

Wired to succeedAt the wiring facility, DHL operates a traffic light system where it can visually see from the production floor point of view at the car plant whether it is ahead or behind of schedule. “Having that upstream visibility is really important,” says Dougherty.

DHL has several facilities that sit within minutes of OEM plants performing an element of customisation of the tier suppliers’ parts, delivered in sequence before going into final production – a setup that helps save manufacturing space in production halls.

The result is a continuous flow of these wiring systems in and out of the distribution centres, with stock levels and trucks continually monitored via GPS en route to and from the plant. As a back-up, smaller delivery vans are available to make emergency deliveries if an unexpected traffic event were to occur.

The work of logistics firms in this part of the market will probably rise, believes Dougherty, as consumer demands increase.

Another outcome, he suggests, will be increased alliances between tier suppliers and technology companies, as well as consolidation in that space as more suppliers start supplying several components of a vehicle and the associated technology, rather than just one or two.

DHL is targeting a third-party type role in bringing clients together and brokering deals for competitors to collaborate in the production supply chain. This is already happening at the Sterling Park wiring system distribution centre, for instance, which serves two separate unnamed clients.

“We said the right option for lowest cost and just-in-time is to have both located in the same facility, and that has been very successful,” confirms Dougherty.

Making the most of real estate assetsGiven its history in the country, DHL Supply Chain has accumulated a sizeable portfolio of UK assets and property, allowing it to be flexible and adapt to market conditions and any sector-specific changes that may occur over time.

Hams Hall, for example, was originally the crossdock for the company’s drinks business, and was converted after the profile for that business changed, according to Dougherty.

“So within the portfolio of real estate that we have within DHL there is an opportunity for us to say, ‘the drinks business can move somewhere else, and we can use that for automotive because of its proximity to the OEMs and tier supply base in the Midlands’.”

Another example where this advantage has been used is in the aftermarket, where DHL Supply Chain has gained business recently with carmakers including Toyota, BMW and Volvo Cars. For this business, it is using existing urban centre facilities, previously occupied by DHL Express parcel delivery, to create micro-warehouses for quicker delivery of parts to dealerships.

“We probably have more real estate and property than other logistics company in the UK, so we do have our own real estate team and are always looking at those options,” says Dougherty.

Traditionally parts for a service were delivered overnight but with DHL micro-warehouses located nearby, same-day delivery is possible.

"What the UK automotive industry has been so successful at doing is managing change in the face of adversity." - Martin Dougherty, DHL Supply Chain

This involves parts being delivered within two hours of order and means that an unexpected part change in a vehicle service will not necessarily mean the car remaining at the service point another night, as would have been the case in the past.

Most recently, the company opened its second facility, on a shared-user basis, in Bristol. Dougherty says the intention is to identify locations for more of them in the coming year.

“The key thing there is giving clients a customer service edge. An opportunity to offer their clients something they haven’t seen before,” he says.

With the advent of start-up electric vehicle companies, this kind of approach may even advance further, with companies like Tesla already providing its Mobile Service (previously Ranger Service) offering to customers in some areas, where basic service work and repairs are carried out at the home or office without the need for a lift.

DHL is also busy investigating this opportunity and in North America it has partnered with an OEM to trial such a service. As part of the project, DHL has the coded keys for each technician’s vehicle, allowing it to restock their van with parts overnight.

[sta_anchor id="3"]There has also been an increase of weekend service offerings, according to Dougherty, “and we know that will make a change to the upstream supply and so how we support that is pivotal.”

A track record for changeThe UK automotive sector’s supply chains, like many other sectors, are deeply integrated with mainland Europe. A large share of parts from Europe are used in production, while four out of every ten cars produced in the country are destined for customers there.

After the Article 50 divorce clause triggered in March, a two-year negotiation period has officially started to establish the terms and conditions that will apply to the split, with many worried they will face new tariffs and customs barriers.

The fruits of past efficiency drives by UK car plants surfaced recently when Groupe PSA announced it was buying the Opel/Vauxhall business from General Motors. Vauxhall’s Ellesmere Port has received praise for being one of the most efficient automotive plants globally, but with potential changes following Article 50, the future is uncertain.

Dougherty underlines his strong belief in the local sector’s resilience.

“What the UK automotive industry has been so successful at doing is managing change in the face of adversity,” he states.

“We will wait and see what happens but I think we have got a pretty good track record in the UK to rise to those kind of challenges,” concludes Dougherty.