New car registrations dropped by 24.6% to 106,265 units compared to October last year, while plug-in vehicle uptake remained positive in the month before the COP26 climate conference in the UK. 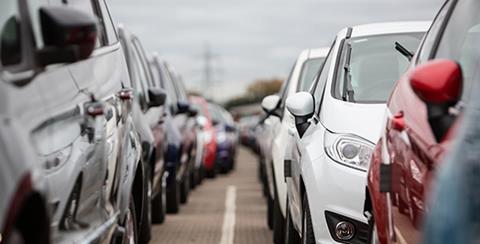 While overall registrations fell, plug-in vehicle uptake remained positive in the month before the COP26 climate conference in the UK.

Monthly vehicle sales performance has been dire, marking its weakest level since October 1991. Demand from large fleets fell by 40.4%, driving the majority of the decline.

Private demand also fell by 3.3%. While this decline appears small, it is significant compared against weak consumer increase seen during the pandemic-afflicted October 2020.

Plug-in vehicles made up 16.6% of all new car registrations this year. An additional 9.1% in hybrid EV registrations means 25.7% or over a quarter of the new car market has been electrified year-to-date.

Plug-in vehicle uptake rates have seen a rapid lurch that the UK’s Society for Motor Manufacturers and Traders (SMMT) predicts will roll onto UK roads in a significant number in 2021 than during the entirety of 2010 to 2019 combined.

Around 287,000 of the latest zero-emission cars are expected to be taken up by businesses and consumers by the end of the year. 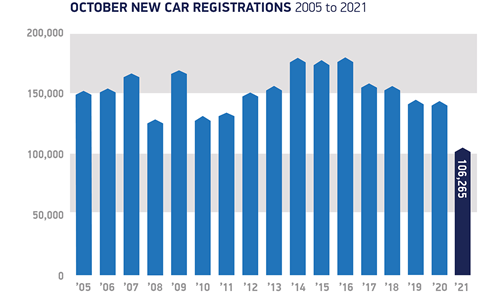 This year’s decline is significant compared to the weak consumer increase seen during the pandemic-afflicted October 2020.

Despite this significant decline, the performance in EV registrations has remained steady.

“Electrified vehicles… continue to buck the trend, with almost one in six new cars registered this year capable of zero-emission motoring, growth that is fundamental to the UK’s ability to hit its net-zero targets,” said Hawes.

“With next year looking brighter, and even more new models expected, the continuation of this transition will depend on the preservation of incentives that overcome the affordability barrier, and the ability of the public and private sectors to increase public on street charging to allay EV driver concerns.”

Leading brands have seen a year-on-year increase in sales.

A slight recovery is predicted for 2022, with the industry expected around to sell around 1.96m new car registrations next year because of continued demand for plug-in vehicles. This is likely to continue at pace with new Bevs anticipated to be more popular than new conventional and mild-hybrid diesels by the end of 2022.

Plug-in cars are also expected to amount to a fifth of all new car registrations next year at 21.5%.