Catastrophic flooding and landslides in the west of Japan have disrupted production and supply at some of the country’s leading vehicle makers. 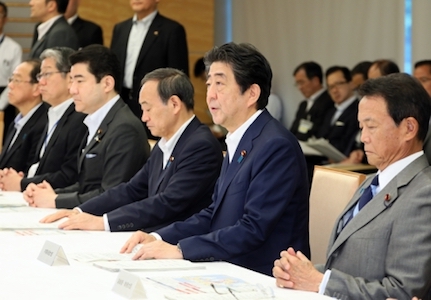 While the flooding did not cause damage to its production plants, Mazda had to suspend operations at both the Hiroshima and Hofu plants on July 9 and 10, following the cancellation of the one-day shift on Saturday 7. A spokesperson for the carmaker told Automotive Logistics this was because of the impact of the flooding on the rail and road networks, and as a consequence of putting employee safety as a first priority. Inbound parts supply was disrupted by the impact on transport infrastructure and because of production stoppages at some of Mazda’s suppliers, according to the carmaker.

The company said it would restart operations from Thursday morning (July 12) at both facilities at the Hiroshima complex (Ujina plants 1 and 2) on a single shift basis, while the Hofu plant will restart normal operations at the same time.

The spokesperson said that the carmaker’s Hofu, Tokyo and Osaka offices were not affected by the floods and continue to operate under normal conditions. The office headquarters in Hiroshima were closed earlier in the week but recommenced operations on Tuesday (10).

In a statement Mazda said it planned to continue operations at the plants from July 12 until July 20 subject to safety and logistics considerations, but said its highest priority was on supporting the recovery of the region. Further changes to the production system will be announced on July 21.

“As a company based in Hiroshima, Mazda is determined to provide necessities and physical support for those affected, working closely with local communities to contribute to a swift recovery from this disaster,” said the company in the statement.

“Mazda is ready to support people in the regions through charitable donations as soon as this can be delivered through local institutions,” added the spokesperson.

[mpu_ad] Nissan also suspended production at the Nissan Motor Kyushu and Nissan Shatai Kyushu plants during the night shift on Friday, July 6, but a spokesperson for the company said there had been no significant long-term impact on production.

Mitsubishi, meanwhile, temporarily stopped production at its Mizushima plant while it worked out how to get employees safely to work and said it was reviewing production this week.Honda and Suzuki also said they were investigating the potential impact on manufacturing operations this week but so far had not experienced any disruption to production.

Toyota said the disaster had no impact on production though The Japan Times has reported this week that the carmaker’s Daihatsu division had to stop production at four factories, in Osaka, Shiga, Oita, and Kyoto prefectures, because of disruption to the supply of parts. Production was back to normal as of Tuesday (July 10) said the news source.

At least 170 people have been killed by the flooding and landslides, millions have been forced from their homes and thousands remain without power or water. It is the worst rainfall that Japan has seen in three decades.