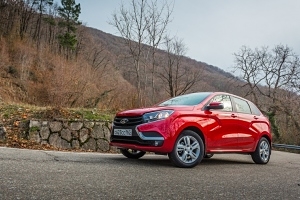 After the first month of year-on-year growth in two years last November, Russian car sales recorded a positive first quarter in 2017 – a further sign that the market may have turned a corner.

According to the Association of European Businesses (AEB), sales in March grew by 9.4% from a year earlier, to 137,894 units.

This was enough to counter the year-on-year decreases reported in January and February, with 322,464 cars sold in the first three months of 2017, 1% more than in the same period a year earlier.

“This is great news for our market, which had not seen a positive quarter in more than four years,” said Joerg Schreiber, chairman of the AEB Automotive Manufacturers Committee.

“But as the saying goes, one swallow does not make a summer. More solid monthly results will be needed before we can call this a robust trend.”

Towards the end of last year, the AEB reported that Russia’s car sales during November had shown the first year-on-year gain in almost two years.

In February, Daimler confirmed an investment of more than €250m ($263m) to begin manufacturing Mercedes-Benz cars in the country from 2019.

The performance of the Russian automotive market will be under discussion at the the forthcoming Automotive Logistics Russia conference being held in Moscow in July this year.