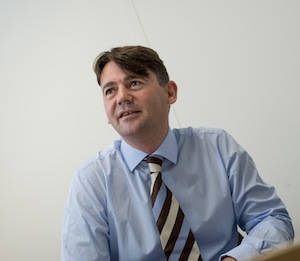 With no sign yet of 2016 heralding any fresh solutions, there is little hope of the migrant crisis abating in the near future. A humanitarian disaster of historic proportions, the effect of which continues to be felt throughout Europe, it is a costly issue in more ways than one, and the European supply chain is certainly not immune.

The BSI Supply Chain Security Risk Index estimates an impact of £660m ($920m) on the British economy in 2015, with the shared European financial impact running into the billions. September 2015 saw Europe’s highest number of border closures since the signing of the Schengen Agreement in 1995.

So, it is hardly surprising that demand for emergency logistics expertise increased dramatically during the year. With readily available alternative routes through Europe limited, the expedited logistics industry saw a dramatic rise in business, as global supply chains struggled to keep moving.

Priority Freight saw a 300% increase in airfreight bookings during 2015, moving goods that would otherwise have been delivered by road haulage. And the need to consolidate shipments from several key component suppliers increased large aircraft charters by 600% in July alone. While airfreight might cost more, ultimately keeping goods moving saves manufacturers money.

The damage this European-wide emergency is causing to UK business has already been extreme, largely due to Operation Stack necessitating the closure of the M20 for 28 days last summer. A long-term vision for easing the stress of freight travel through Kent involves a new lorry park, with two sites just off J11 of the M20 currently under consultation. According to the Freight Transport Association (FTA), the plans will ‘end road chaos for residents and businesses’.

But whilst Operation Stack, Dover TAP (Traffic Assessment Project) and a new lorry park would address some of the consequences of freight disruption across Europe and, importantly, deal with the bottlenecking of freight in Dover, they can do little to alleviate the overarching crisis and the political and human consequences of displacement on such a scale.

In December, on one of 2015’s busiest days for cross-channel freight traffic, the FTA reported unprecedented scenes in Calais. Chris Yarsley, from the FTA’s Brussels office, said: “I am flabbergasted at what I have seen today; there were literally thousands of migrants benefitting from the queue of slow moving traffic on the roads around Calais. They were attacking vehicles; breaking the locks of trucks, slashing roofs of the lorries and climbing in the back of them.”

While the impasse continues, freight disruption will persist, even with the introduction of a new holding area in Kent. Though the industry’s first concern is freight focused, the bigger picture concerns the displacement of thousands of people – without a long term solution to this humanitarian emergency, the European supply chain will continue to struggle.