The milestone also marks 10 years since Mercedes-Benz Trucks started sending complete knockdown (CKD) kits to the DK Rus from its German plant in Wörth. All vehicles at the DK Rus plant are made from CKD kits shipped by container from Germany to Russia. Each kit contains up to 2,800 individual parts for assembly on site. 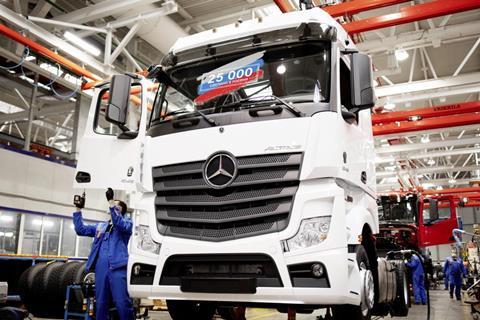 However, since the middle of 2019 the truck cabins for the Mercedes-Benz Actros and Arocs models have been made locally, at the Naberezhnye Chelny plant. Last year the company invested €200m ($239m) in the new cabin facility and more than 150 components have been localised with Russian suppliers.

Production for CKD kits began at Wörth in 1966 and the CKD Center has now exported more than 750,000 of them around the world for assembly in 60 destination markets. The current portfolio of the CKD Center in Wörth includes the Mercedes-Benz Actros and Arocs in the fields of road and construction site transport. Unimog and Zetros vehicles are also shipped as kits. 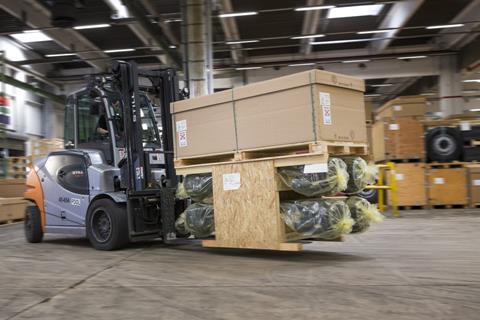 A Mercedes-Benz CKD kit at the Wörth plant