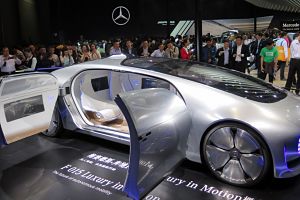 Autosar is a partnership of car manufacturers, suppliers and other companies in the electronics and tech industries which aims to standardise software architecture for automotive electronic control units. Formed in 2003, its core partners are BMW, Bosch, Continental, Daimler, Ford, GM, PSA, Toyota and Volkswagen.

Earlier this year, the group released the first version of Adaptive Platform, a new and standardised software platform designed to meet the increase in technology demand in the automotive industry.

With the growth of autonomous driving, the industry now requires technical capabilities, such as high-performance computing, in-vehicle communications, cloud-based applications and advanced data processing, while still meeting the highest safety and security requirements, according to RTI.

The company says it will work with the Autosar group to advance the software platform and help ensure it meets the complex requirements of autonomous vehicles.

He added that with the rise of autonomous vehicles, software was being prioritised over hardware.

“As a result, we are working with our automotive customers to dramatically reduce the development, certification and lifecycle maintenance costs of their systems,” said Leigh.