The Russian government will allocate state support over the next five years to companies investing in the latest technology who agree to produce parts for more than one OEM, according to a new automotive industry development strategy

The Russian government will select a number of automotive tier one suppliers as eligible for state aid by the second quarter of 2020, according to a new automotive industry development strategy published on the government’s official website. 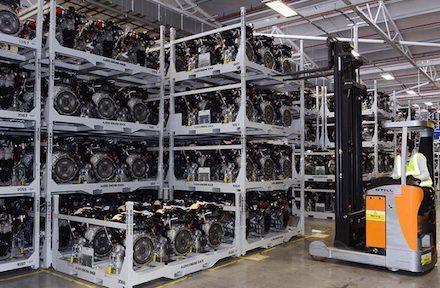 The government will  allocate state support over the next five years to companies investing in the latest technology who agree to produce parts for more than one OEM. Further details on the exact criteria the suppliers will have to meet is yet to be revealed and it is not yet known whether any tier two or three suppliers will be eligible for help.

According to the government plan one of the eventual targets of the new programme is to boost the localisation rate for Russian car making from between 50% and 60% in 2019, to between 70% to 85% in 2025. Doing so will strengthen the domestic industry and make it more competitive internationally said the government. However, to achieve that the industry will have to invest heavily in research and development (R&D).

Elena Matveeva, vice-president of Russian OEM Gaz, said that certain components required by those OEMs are not being manufactured in Russia, including engine power and steering systems. She said there was also a problem with some subcomponents and raw materials.

Unified strategy
Russian carmakers Avtovaz and Kamaz have supported the proposal. Mikhail Matasov, deputy general director of Kamaz, said that state policy had failed domestic component suppliers and it was foreign suppliers with poor localisation rates who were seeing the financial benefit.

If approved, the Russian Association of Automotive Components Producers has estimated that a more unified parts production strategy could cut overall production costs in Russia by as much as 10%, with a knock-on effect on retail prices.

This is not the first time there has been a drive toward producing parts that are more universal in application across the OEMs. In 2016, Russian carmaker Avtovaz suggested the creation of a common components platform that would be shared by domestic carmakers and parts suppliers in an effort to cut the burden of production and logistics costs.

Speaking at that time, Harald Grübel, Avtovaz’s vice-president of engineering, supported the idea of a country-wide alliance of all carmakers and the establishment of a joint procurement system that would lead to the development of shared components. The aim then was to reduce the cost of vehicles based on the fact the alliance would be able to place bigger orders for components and therefore get a better price per part, he said.

The establishment of such a system could significantly lower the spend on logistics, as well as car assembly, testing and other operations, he added.

In addition, Russian Prime Minister Dmitry Medvedev has instructed the government to consider cutting VAT on automotive components produced in Russia, according to a number of Russian news sources, something that could be approved this year. That cut in VAT could stimulate demand for Russian vehicles.