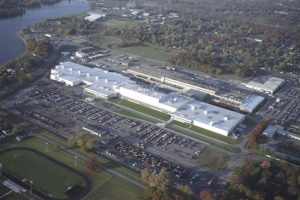 SF Motors, an electric vehicle company funded by China’s Chongqing Sokon Industry Group, has agreed to buy contract manufacturer AM General’s commercial assembly plant in the US State of Indiana, for a reported $110m.

SF Motors will use the South Bend based facility to produce electric vehicles and said it expects to source subassemblies, parts and materials predominantly from US sources.

The transaction, which includes the acquisition of the land, plant and auto manufacturing equipment, does not include AM General’s core military assembly plant or military-related business.

AM General’s president and CEO, Andy Hove, said: “South Bend has been AM General’s home for nearly 30 years, and following the sale of the [commercial assembly plant], we will maintain our deep ties to the region as we continue to operate our military business, which is profitable, strong and growing.”

Under the terms of the definitive agreement, SF Motors expects to retain, after a period of retooling, all of the current 430 auto worker jobs at the plant. The plant’s only remaining assembly contract, which is for the Mercedes-Benz R- Class built exclusively for export to China, expires later this year and so the jobs were expected to be lost.

Approximately $30m in upgrades have been earmarked for the plant.

John Zhang, CEO of SF Motors, said: “This transaction represents a unique opportunity to grow our intelligent electric vehicle business through the addition of an existing production facility and a skilled workforce.”

Shanghai listed Sokon Industry recently established its US headquarters in Silicon Valley on the US west coast as the first step in launching a its dedicated electric vehicle SF Motors brand. The company has also established an R&D facility outside Ann Arbor in Michigan.